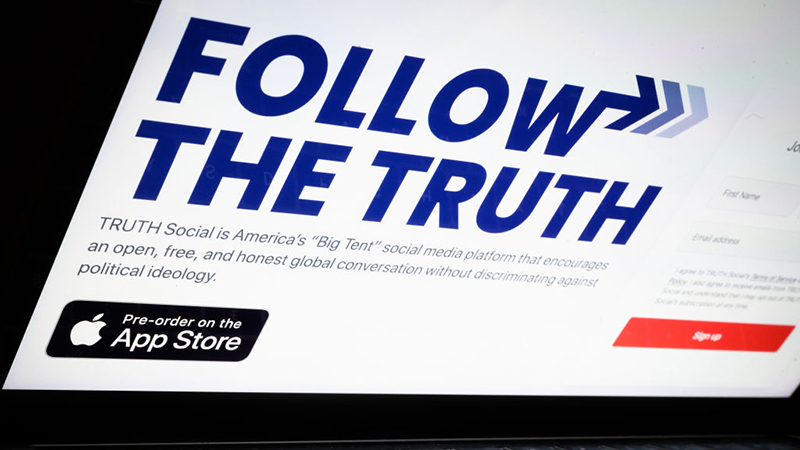 Former US President Donald Trump’s social media network launched for a wide array of users on Monday. Truth Social is welcoming its first users via the App Store and is expected to be fully operational in the country by the end of March. Apple users were able to pre-subscribe while it remained closed in beta.

The platform is similar to Twitter in functionality, but is promoted as differing from its competitors by being a “social media platform that is free from political discrimination.” Trump was infamously kicked off major sites such as Twitter, Facebook, and YouTube last year for allegedly inciting the January 6 riot on Capitol Hill.

Truth Social updated to version 1.0 (and later to 1.0.1 after bug fixes) on Monday, keeping with the schedule that was announced last Friday by its chief product officer, who goes by ‘Billy B.’, during a Q&A session.

Speaking to Fox News on Sunday, former US Representative Devin Nunes, who heads the venture behind Truth Social – Trump Media & Technology Group (TMTG) – said the service would be rolled out on Apple devices this week.

Nunes promised to “value our customers,” adding that the approach would be “the opposite of some Silicon Valley tech oligarch freak telling people what … to think and deciding who can and cannot be on the platform.”

Trump’s site will have to compete with services such as Gettr and Parler, which are likewise offering fewer restrictions on speech and are targeting conservatives who feel unwelcome on mainstream sites.

After the launch, people began checking up on familiar conservative faces on the site and sharing tips on how to spread the news, expecting a meltdown from their liberal opponents.

The financial part of TMTG’s operations remains shrouded in secrecy. It said it raised over $1 billion from unnamed private investors and is planning to list in New York, but its long-term strategy for turning a profit remains unclear.