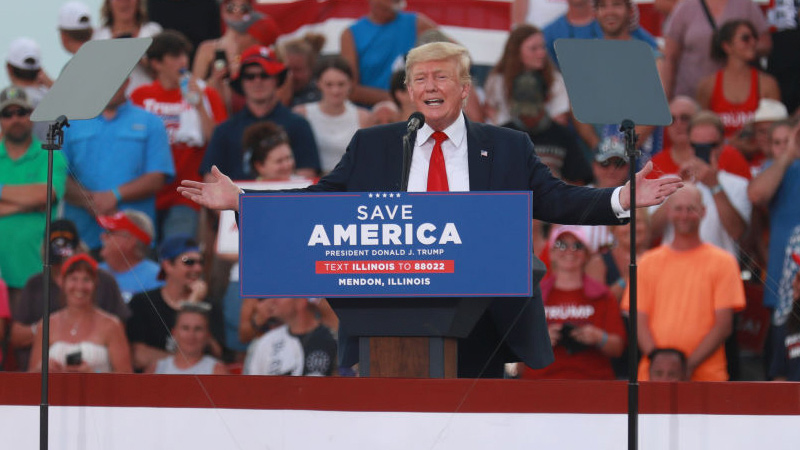 Tune in as President Donald Trump holds a Save America rally in Waukesha, Wisconsin, at the County Expo Center Grounds.

Trump is set to take the stage around 7PM CT.

“Trump was also scheduled to make a stop in Milwaukee on August 20, at the UW Milwaukee Panther Arena, but that stop has reportedly been postponed, according to the arena website,” according to KFIZ.

The Hill reports: “Trump will stump for his preferred gubernatorial candidate, Tim Michels (R), not long after former Vice President Mike Pence paid a visit to the Badger State to support former Lt. Gov. Rebecca Kleefisch (R) in yet another example of the ongoing proxy battle between the pair. “

Pre-order “The Great Reset And the War for the World” at InfowarsStore.com

Or, buy the book on Amazon!