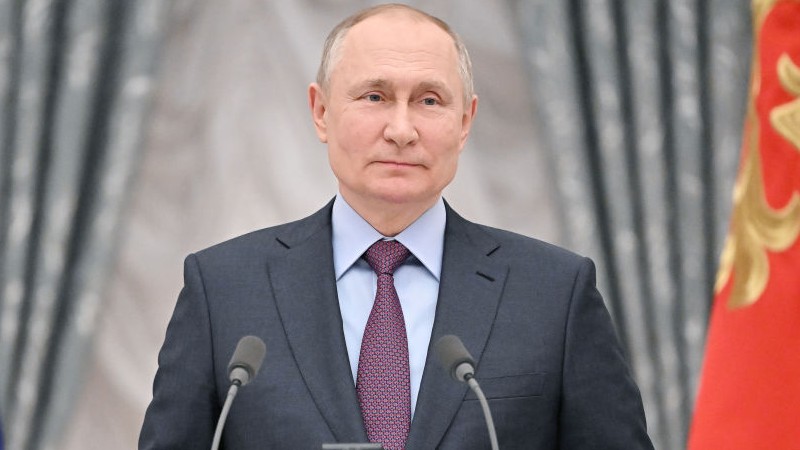 During a monologue on his Fox News show, Tucker Carlson wondered why Americans should hate Vladimir Putin, asking if he was responsible for problems such as the fentanyl crisis, creating a global pandemic, or jobs in the U.S. being shipped abroad.

Carlson made the comments following a fresh round of media hysteria after Russia sent ‘peacekeeping troops’ to rebel held areas in Donetsk and Luhansk.

Doubling down on his ‘why should I care?’ narrative, Carlson explained how the “patriotic duty to hate Vladimir Putin” was just another left-wing elitist obsession.

“What is this really about? Why do I hate Putin so much? Has Putin ever called me a racist? Has he threatened to get me fired for disagreeing with him? Has he shipped every middle-class job in my town to Russia?” asked Carlson.

“Did he manufacture a worldwide pandemic that wrecked my business and kept me indoors for two years? Is he teaching my children to embrace racial discrimination? Is he making fentanyl? Is he trying to snuff out Christianity? Does he eat dogs?”

Why do Democrats want you to hate Putin? Has Putin shipped every middle class job in your town to Russia? Did he manufacture a worldwide pandemic that wrecked your business? Is he teaching your kids to embrace racial discrimination? Is he making fentanyl? Does he eat dogs? pic.twitter.com/xYEvapjbNT

“These are fair questions and the answer to all of them is no,” said Carlson.

The Fox News host went on to assert that Ukraine was not a democracy but in fact a “tyranny” that Joe Biden is duty bound to protect only because of him being embroiled in family corruption.

While Biden himself has stated that defending Ukraine’s “freedom” will “have costs” at home, Carlson asked whether Americans being forced to pay higher gas and food prices simply to achieve a moral victory over “dastardly old Vladimir Putin” was worth it.

“Why would you feel good about that? It seems like a pretty terrible deal for you and for the United States,” said Tucker.

Inevitably, some Twitter users reacted to the monologue by glibly asserting that Carlson was a “Russian asset.”

As we highlight in the video below, much of the angst directed against Putin is also centered around his refusal to allow ‘woke’ social engineering and divisive cultural minority groups to subvert Russian society.