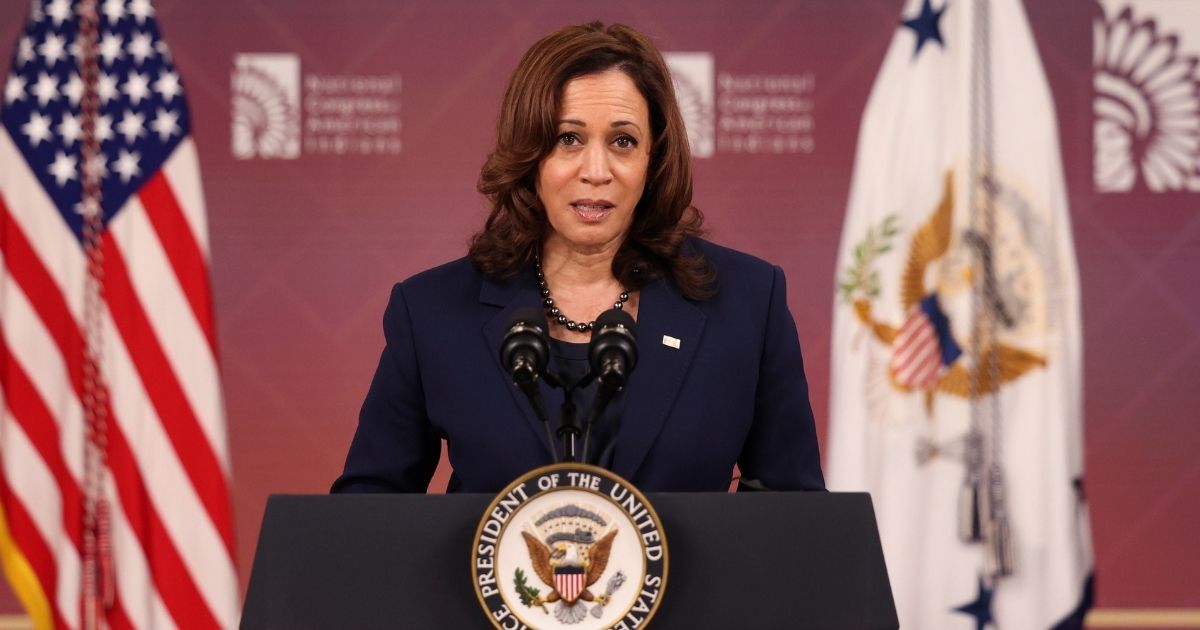 As speculation looms about a hostile work environment in Vice President Kamala Harris’s office, one staffer wanted to make his loyalty publicly clear.

Deputy Director of Operations David Gins posted a photo to Twitter on Sunday afternoon at his desk, depicting him being extremely focused on his computer.

“Hi. My name is David Gins. I work for Vice President Harris on behalf of the American people as Deputy Director for Operations and absolutely love my job,” he said.

“Just thought some of you should know,” he added, clearly taking a stab at the media scrutiny surrounding Harris.

Hi. My name is David Gins. I work for Vice President Harris on behalf of the American people as Deputy Director for Operations and absolutely love my job.

Just thought some of you should know 😀 pic.twitter.com/VPuYv9bpbp

Needless to say, Twitter users used the opportunity to take a jab at him and the vice president.

“Looks like a hostage photo,” one user commented, with several others joining in.

“Are you under duress?” associate editor at Reason Christian Britschgi tweeted.

Are you under duress? https://t.co/PUDZ2XTOeR

One user even pointed out the photo in the background, which shows Harris and a man who is not immediately recognizable but appears to be Harris’ husband, Doug Emhoff, at a desk together.

Who chose to hang a picture frame there?!!??? pic.twitter.com/2rCLJgHVAS

Politico reported Saturday that staffers are “eyeing the exits” as the administration hits the one-year mark next month.

The four departures already publicly announced, including senior adviser Symone Sanders, were already planned out long-term, according to the outlet.

However, other aides are also reportedly considering leaving because of rumored chaos in the office.

The Washington Post similarly put a spotlight on the vice president over the weekend, quoting several staffers or people familiar with the situation in her office who said Harris was prone to “bullying” her workers.

In Gins’ case, his tweet could have been authentic, but instead came across as a shoddy public relations response.

Presidential administrations normally have high turnover rates, but it would not be surprising if Harris’ poor leadership for the United States has impacted her own colleagues.