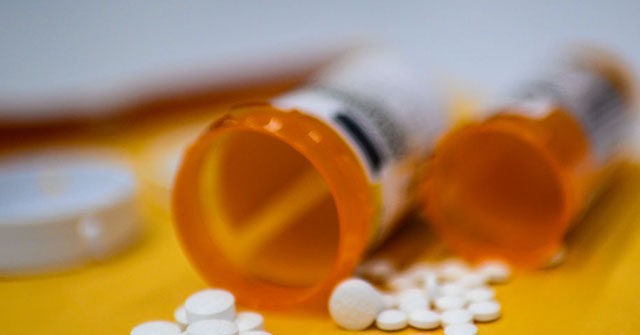 Officials with Hays Consolidated Independent School District (CISD) in Texas said Wednesday they lost another student to a fentanyl overdose.

Four students have now died of fentanyl or suspected fentanyl overdoses in the past few months, according to the school district, KVUE reported.

In a letter to the CISD family posted Wednesday, school officials said an autopsy determined the student’s death, which occurred in early July, was due to a fentanyl overdose:

His death, a precious 15-year-old child, means that since summer, four Hays CISD students have died from likely fentanyl poisoning. In just the last week, we know of at least two Hays CISD students who were administered Narcan by paramedics, first responders, or school nursing staff. One suspected fentanyl poisoning was on campus and the other was at a student’s home.

Every one of our high schools has been affected by either a suspected fentanyl death or serious overdose requiring Narcan. Some of our middle schools have had students affected as well.

A 15-year-old and two 17-year-olds from two high schools died over the summer months.

“In late July and early Austin [sic], the two 17-year-olds died in separate incidents at their homes in Kyle. They would have been seniors in high school this year,” the KVUE report said, adding a 15-year-old died of a suspected overdose in San Marcos last month.

The amount was enough to kill 469 million people.

“The Biden administration — they are breaking the wrong kind of record,” Sen. Marsha Blackburn (R-TN) stated at the time.

“When you look at a 203 percent increase in these fentanyl seizures, when you look at the number of illegal immigrants coming across the border, the apprehensions that got away, and ten from the known terrorist list — this is something that should cause every single American a lot of concern,” she added.

Fentanyl is described as a synthetic opioid 50 to 100 times more powerful than morphine, according to the United States Drug Enforcement Administration (DEA).

In a social media post on August 29, Hays County Crime Stoppers said more than 16 fentanyl-related overdoses had occurred within the county:

Fentanyl has been the cause associated with the overdose deaths of at least 3 Hays CISD students in 2022. Over 16…

“Hays County Crime Stoppers is asking for your help in locating fugitive(s) that are selling fentanyl,” the post read.