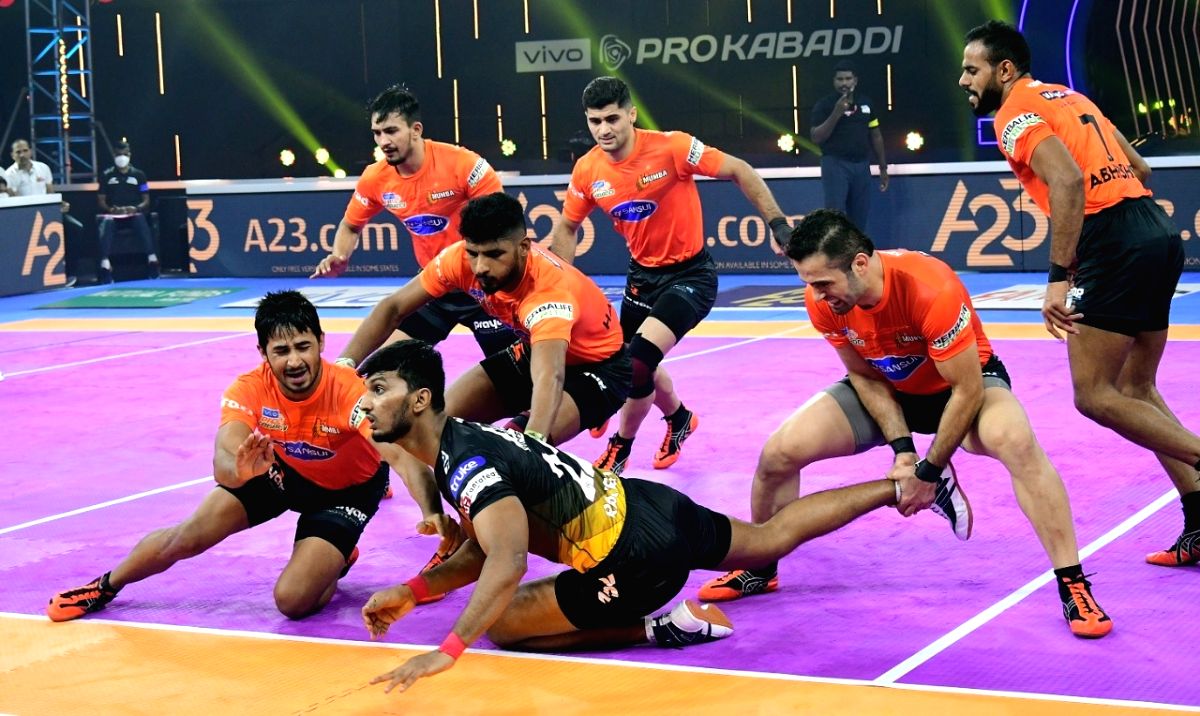 Bengaluru, Jan 8 : U Mumba produced a stellar all-round performance to decimate Telugu Titans 48-38 in Match 41 of Pro Kabaddi League Season 8 at The Sheraton Grand, Whitefield, here on Saturday. The second match of the night was extremely one-sided with Titans failing to match a motivated U Mumba.

Right corner Rinku picked up a High 5 (7 points) for U Mumba while raider Abhishek Singh impressed with a Super 10 (13 points). The only bright spot for Titans was their substitute left corner Muhammed Shihas who clinched a High 5 (5 tackle points).

In the first half, U Mumba dominated right from the starting whistle with everyone on the mat contributing with points. Fazel Atrachali and his men didn’t care about Rajnish and Ankit Beniwal’s previous outings, pouncing on the Telugu raiders at the slightest opportunity.

At the other end, Abhishek Singh and Ajith Kumar continued their good form, finding raid points at will. U Mumba fetched their first all-out in the 9th minute to open a 7-point lead. Having the seven players on the mat once again didn’t help the Titans who struggled against a razor-sharp defence.

Mumbai had their second all-out with five minutes to interval and finished the half with a 15-point lead (28-13).

The Telugu Titans team tried its level best to match Mumbai in the early minutes of the second half. Ruturaj Koravi and Muhammed Shihas produced Super Tackles but U Mumba eventually found another all-out in the 10th minute to open a massive 17-point lead.

The Titans struggled to find any raid points despite the best efforts from Galla Raju and Rakesh Gowda. But U Mumba lost their in-form raider Ajith Kumar to a back injury with six minutes remaining as the Titans sensed a slow shift in momentum.

They got an all-out with four minutes remaining when Beniwal found both the Mumbai defenders on the mat. Muhammed Shihas reached a High 5 despite coming in as a substitute but Abhishek Singh clinched his Super 10 to win the match for Mumbai with a 10-point difference.