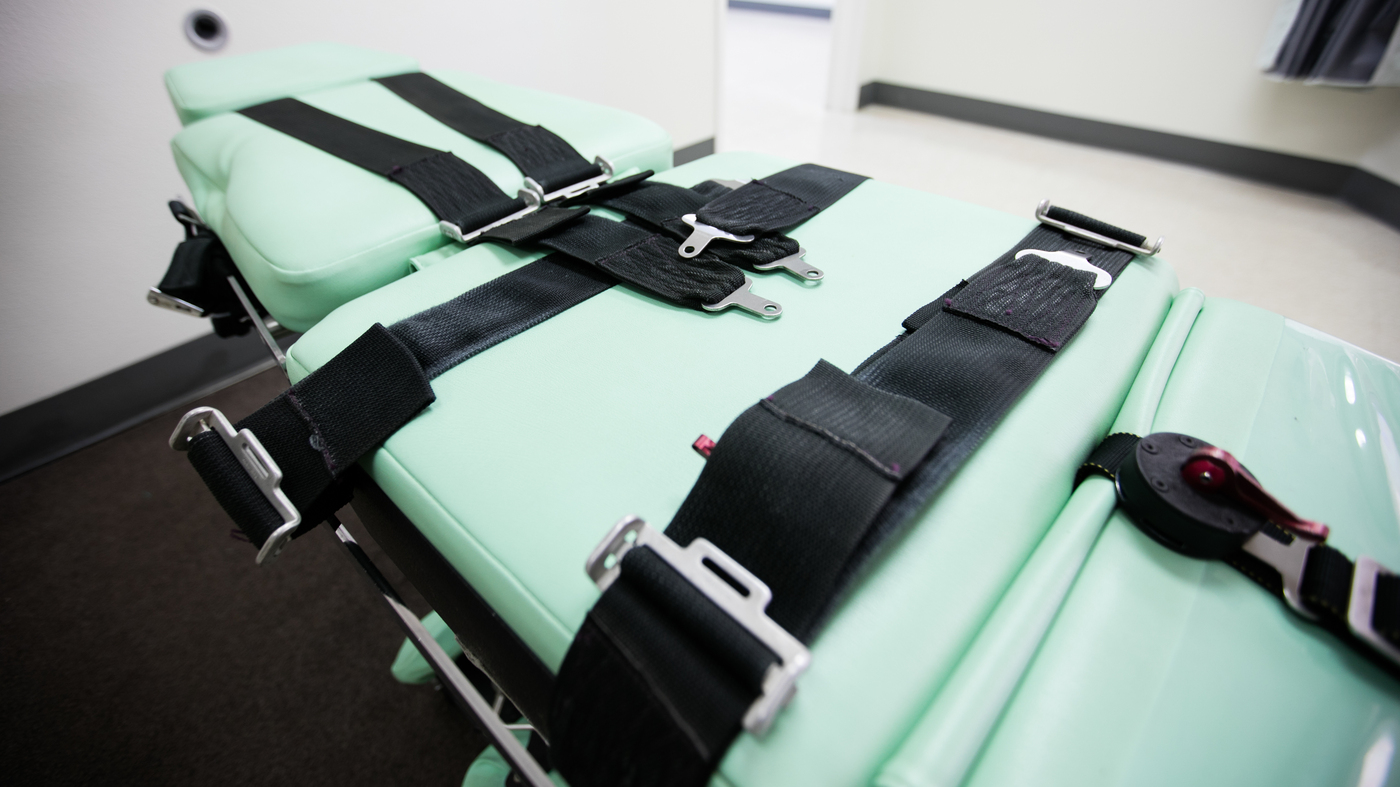 Inmates condemned to die are spending more time on death row than years before. In this handout photo provided by California Department of Corrections and Rehabilitation, San Quentin’s lethal injection facility is shown.

Inmates condemned to die are spending more time on death row than years before. In this handout photo provided by California Department of Corrections and Rehabilitation, San Quentin’s lethal injection facility is shown.

After spending decades on Arizona’s death row, Clarence Dixon was executed on Wednesday for the 1978 murder of Deana Bowdoin.

At 66 years old, Dixon is just the most recent example of the growing population of aging inmates on America’s death row.

Dunham said the Death Penalty Information Center doesn’t take a position for or against the death penalty, but the group is critical of the way in which it’s administered.

The average time between sentencing and execution has increased by two-thirds in the past 20 years — from 11.4 years in 2000 to 18.9 years in 2020, according to the most recent available data from the Bureau of Justice Statistics.

Experts who spoke to NPR said this trend is due, in part, to changed opinions on capital punishment in the U.S., and a lengthier appeals process that delay executions.

For victims’ families and these inmates, waiting decades to see their cases resolved takes its toll. Some experts say 20 to 40 years on death row at the literal expense of the state raises questions of fair treatment of prisoners.

Who is on death row?

“Even in the states that execute regularly, the average age [of inmates] is eye popping,” Elizabeth Rapaport, professor emerita at the University of New Mexico School of Law, told NPR.

Dixon wasn’t the oldest inmate to be put to death in the U.S., but he was older than the average inmate condemned to die.

As of 2020, the average age of death row inmates nationally was 52 years old, according to the Bureau of Justice Statistics. More than 56% were white, 41% were Black. Men made up the majority of those prisoners — about 98%.

In Arizona, where Dixon was imprisoned, 112 people are currently on death row. Approximately 20 of those inmates have exhausted all appeals, according to the attorney general’s office.

“Many of their crimes go back to the 1970s and early 80s,” Attorney General Mark Brnovich’s office said in a press release.

Rapaport notes that naturally, states like California that have a moratorium on executions but hundreds of inmates still on death row, would push the average age of inmates up.

But even in states like Florida and Texas — which have the second and third largest death row populations behind California, respectively — the time from sentencing to execution for inmates is more than 16 years, according to her research.

A gloved hand points to a holding cell at the hospital ward of the Twin Towers jail in Los Angeles in April 2020.

A gloved hand points to a holding cell at the hospital ward of the Twin Towers jail in Los Angeles in April 2020.

Rapaport said there are those who believe that a convicted prisoner spending more than 20 years on death row is more than deserved. There are others who spoke to NPR that said there’s a cost to it all: for the state, the health of the inmate, and to the families of the victims.

He prosecuted Virgil Presnell Jr., who is scheduled to be put to death in Georgia next week. Presnell killed an 8-year-old girl and raped a 10-year-old 46 years ago.

“That one has stuck with me. Crimes against children, at least for me, are the most heinous of the crimes,” he said.

And having this case drag on for so long?

Rapaport noted that death row inmates also deal with more restrictions than the general population in regards to visitation, interaction with other prisoners, and access to the outdoors.

Research has found that some death row inmates suffer from “death row syndrome” which stem from the conditions of confinement. This can mean becoming psychotic or suicidal.

An inmate huddles under a heavy blanket on a bunk in the psychiatric unit of the Pierce County jail in Tacoma, Wash. in 2014.

An inmate huddles under a heavy blanket on a bunk in the psychiatric unit of the Pierce County jail in Tacoma, Wash. in 2014.

Beyond that, Rapaport said there are serious financial expenses of having hundreds of men and women on death row for years.

According to The Pew Charitable Trusts, the healthcare costs can vary widely. The annual cost of incarcerating someone 55 and older with a chronic or terminal illness can be two to three times higher than other inmates on average.

Executing these prisoners also come with a big price tag. Three states reportedly spent between more than $100,000 to $1.5 million to obtain lethal injection drugs, according to a 2021 report by The Guardian.

As he tried cases in Georgia from 1998 to 2012, Head said he found it more difficult to get a jury to impose the death sentence — even in cases considered especially egregious.

“There are more people, not necessarily opposed to the death penalty, but not as adamant about it occurring in certain cases,” he said.

A protest is held against the death penalty, across the street from the federal prison complex in Terre Haute, Ind. in August 2020.

A protest is held against the death penalty, across the street from the federal prison complex in Terre Haute, Ind. in August 2020.

Last year was also the seventh consecutive one with fewer than 30 executions and 50 new death sentences, the Death Penalty Information Center said.

Some states are also moving to end capital punishment.

Last year, Virginia became the 23rd state, and the first in the South, to end capital punishment. But, there are efforts to bring back death sentences in some cases.

In this Oct. 4, 2021, file photo, the Supreme Court stands. Sometimes, death sentence appeals go to the nation’s highest court to be decided.

In this Oct. 4, 2021, file photo, the Supreme Court stands. Sometimes, death sentence appeals go to the nation’s highest court to be decided.

“The appeals process is taking longer” and that causes the decades of delays before an execution takes place, Dunham said.

Dixon’s defense attorneys filed multiple appeals over the years in an attempt to stop or postpone the execution.

Jennifer Moreno, one of Dixon’s attorneys, told NPR that his team would be unable to comment on his case in the lead-up to his execution.

In court documents, his attorneys argued that Dixon suffered from schizophrenia that allegedly made him unable to understand why he was being executed. Dixon’s defense also argued the lethal injection drugs to be used for his execution were expired.

Lethal injection is still the preferred, and primary, method of execution in states that have the death penalty. But in recent years, state officials have had difficulty obtaining lethal injection drugs — also causing further delays.

“The defense attorney’s goal is to keep their client alive as long as possible,” Head said. So, they file as many appeals to raise as many issues as possible.

Judges often don’t have a time limit to respond to appeals and can take years to do so, he said.

“At least if they require judges to respond in a certain amount of time, I think that would help the system a great deal,” Head said.

Head believes there needs to be policy changes at the state legislature or federal level to move things along and bring these cases to a final resolution.

“There are certain ways to — without infringing on the rights of the accused or convicted — that we could move the system a little faster,” he said.