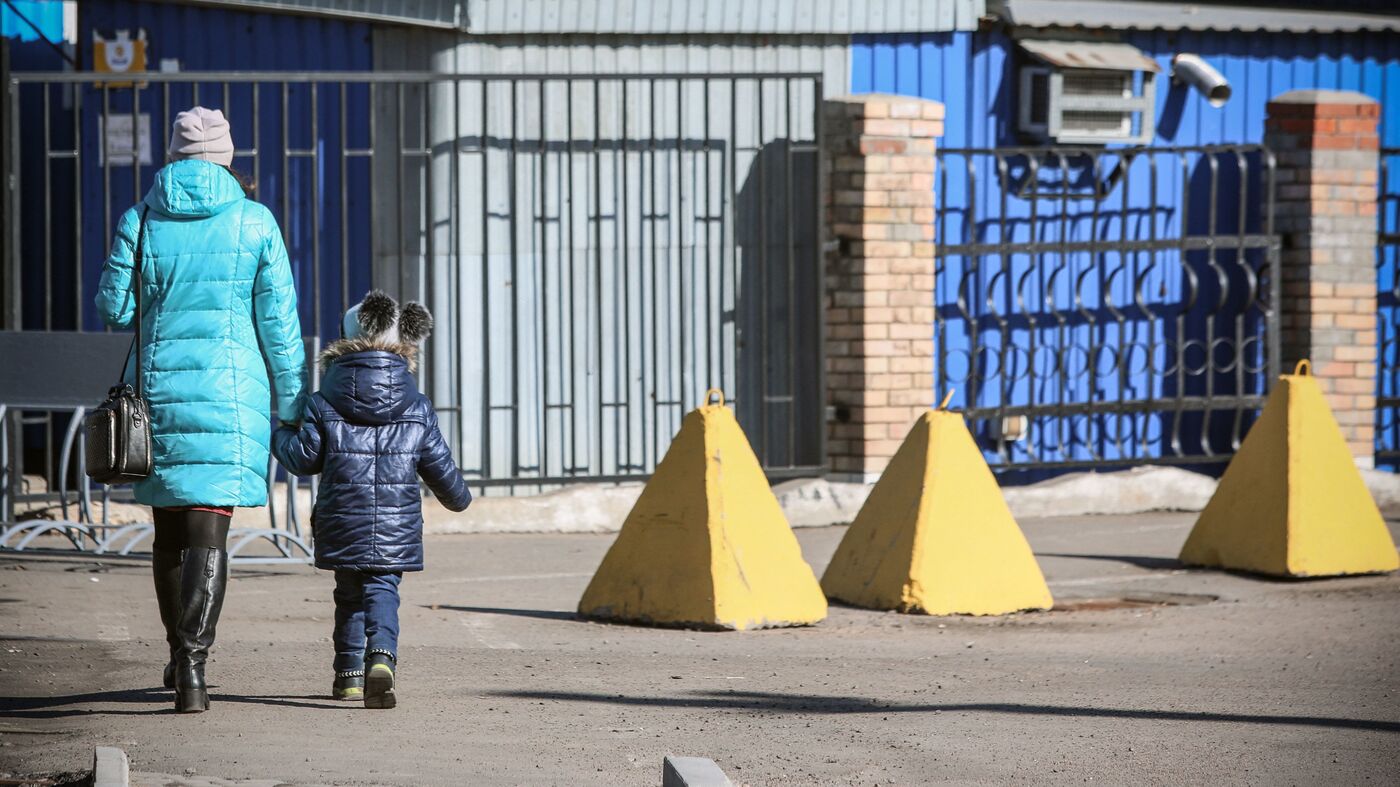 Russia has created a list of Ukrainian civilians who would be detained or killed in case of an invasion, the U.S. says. Here, people walk past anti-tank barriers in the town of Avdiivka, on the eastern Ukraine front-line with Russia-backed separatists.

Russia has created a list of Ukrainian civilians who would be detained or killed in case of an invasion, the U.S. says. Here, people walk past anti-tank barriers in the town of Avdiivka, on the eastern Ukraine front-line with Russia-backed separatists.

The U.S. has sent a letter to the U.N., warning that Russia has created a “kill list” of Ukrainians to be attacked or detained in the case it invades the country, according to White House national security adviser Jake Sullivan. He said it’s a sign of how brutal and violent events could become if Russia invades Ukraine.

The U.S. has intelligence that suggests “there will be an even greater form of brutality because this will not simply be some conventional war between two armies,” Sullivan said on the NBC’s Today show Monday morning.

“It will be a war waged by Russia on the Ukrainian people to repress them, to crush them, to harm them. And that is what we laid out in detail for the U.N.,” he said.

The U.S. says Russia is preparing to suppress resistance

Russia has repeatedly said it doesn’t plan to invade Ukraine — a country it invaded in 2014, when it illegally annexed Crimea. Despite its denials, Russia has done little to reassure people in Ukraine and beyond that it respects its neighbor’s sovereignty. The U.S. said Russia’s military continued to build up its force along the Ukrainian border over the weekend, the latest in a string of provocations that the White House said points to an imminent invasion.

“We believe that any military operation of this size, scope and magnitude of what we believe the Russians are planning will be extremely violent,” Sullivan said. “It will cost the lives of Ukrainians and Russians, civilians and military personnel alike.”

The list reportedly names people whom Russian authorities would order to be killed or sent to camps. Sullivan said the plan is part of Russia’s strategy for occupying a country whose people don’t want to be under Russian control.

The list is said to include journalists, activists, ethnic and religious minorities, and LGBTQ Ukrainians. Other likely targets include individuals who oppose Russia’s strategic goals, as well as dissidents from Russia and Belarus who have taken refuge in Ukraine.

Among Ukraine’s citizens, there are both doubts and concerns about Russia’s plans.

“Most Ukrainians don’t think Russia will invade,” NPR’s Frank Langfitt reports from Kyiv. “They think it would be catastrophic not only for Ukraine, but also for President Putin and Russia. And instead, they see this kind of pressure in what’s happening in the East and all of these troops as a way to continue to damage the country, and pressure [it] to align with Russia instead of the West. The West is really where most people here see their nation’s future.”

Bathsheba Crocker, the U.S. Ambassador to the U.N. office in Geneva, sent a letter about the list to the U.N. human rights chief in Geneva, according to The New York Times. The letter warned that Russia is planning to commit human right abuses if and when it invades Ukraine — a campaign that would bring “widespread human suffering,” Crocker wrote.

The Ukrainian government said Russian-backed separatists have sharply increased their shelling attacks on the eastern province of Donbas over the past four days, with at least two Ukrainian soldiers dead and five injured.

U.S. Secretary of State Antony Blinken and Russian Foreign Minister Sergey Lavrov are expected to meet on Thursday, when they would discuss a potential summit meeting between Biden and Putin.

As news of the potential summit reached Ukraine, Langfitt reported, “anything that doesn’t involve an invasion is always welcome here.”

But, he added, Ukrainians are also concerned about being trapped in the middle of a dispute between the U.S. and its allies and Russia, over the future of security in Europe.

Biden said on Friday that he believes Putin is resolved to invade Ukraine. But the White House said on Sunday that Biden is open to the idea of a meeting with Putin, as long as he doesn’t send his forces into Ukraine. The potential summit is backed by French President Emmanuel Macron, who has spoken to Putin twice in 24 hours, the Kremlin said.

“We are always ready for diplomacy,” White House press secretary Jen Psaki said in a statement on Sunday. “We are also ready to impose swift and severe consequences should Russia instead choose war. And currently, Russia appears to be continuing preparations for a full-scale assault on Ukraine very soon.”