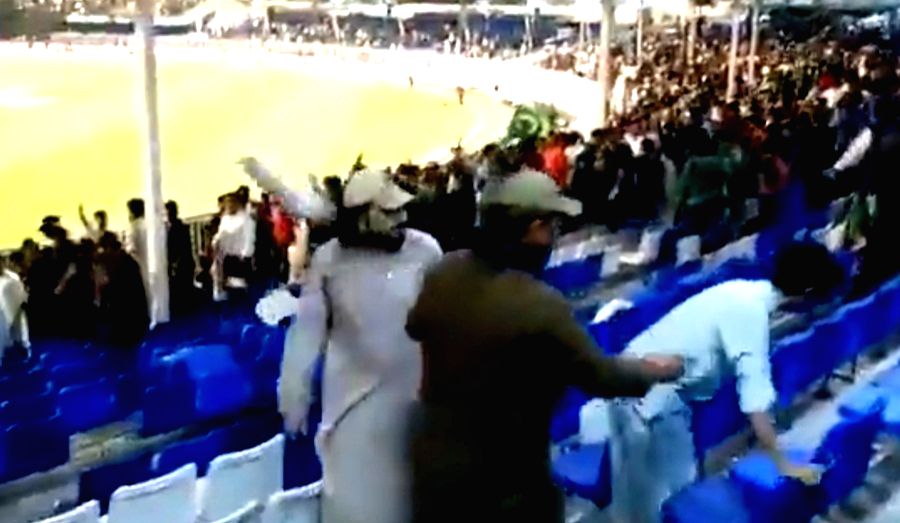 Dubai, Sep 8 : UAE authorities have warned of action against fans violating disciplinary rules after clashes between spectators at the Sharjah Cricket Stadium who had gone to watch Pakistan and Afghanistan play in the ongoing Asia Cup 2022.

In a nail-biting contest in the Super Four stage of the tournament, Pakistan beat Afghanistan by one wicket and secured a ticket to the final, Geo News reported.

Afghan fans were incensed at the outcome, some attacking Pakistani supporters with the seats installed in the stands.

The authorities said that they will be closely monitoring spectators and any damages caused to the premises or injuries inflicted upon other spectators will be dealt with sternly.

They added that fans should follow the rules and that the field of sports demands sportsmanship from all, including viewers.

Naseem Shah’s two sixes from the first two balls of the final over helped Pakistan snatch victory from the jaws of defeat.

The one-wicket win means that Pakistan will now take on Sri Lanka in the final of the Asia Cup.