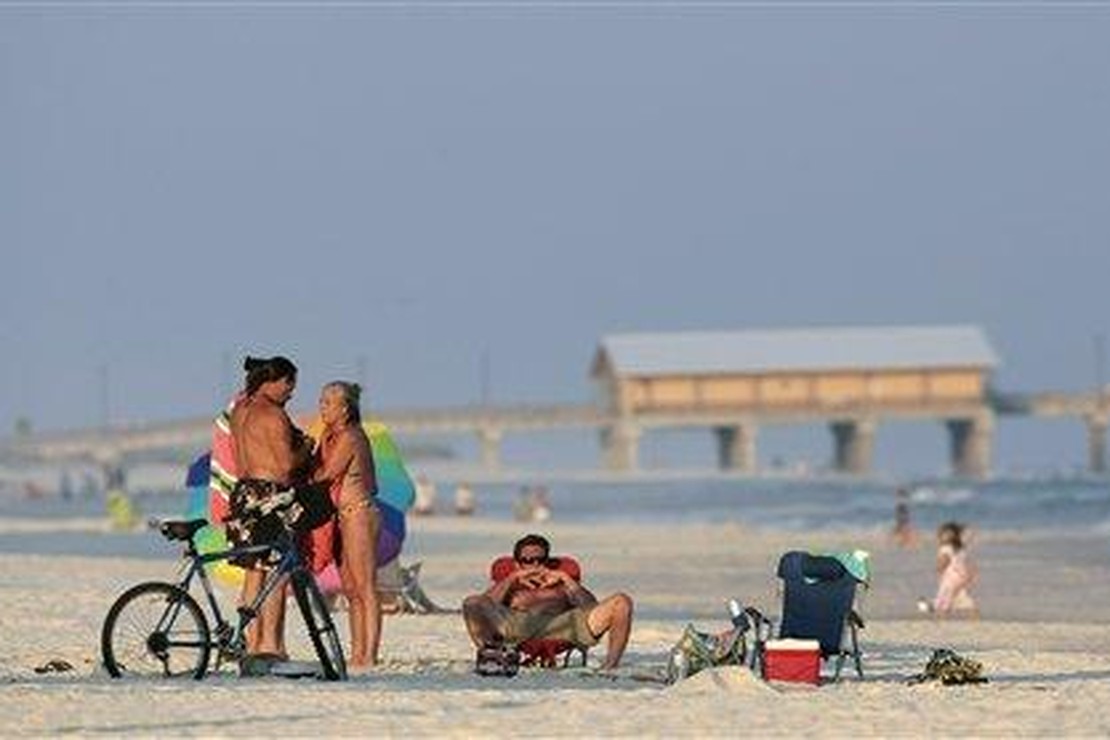 With the summer vacation season still going strong in Europe, NBC News (among many outlets) has run travel features highlighting “the most romantic beaches in Europe.” There’s nothing particularly unusual about that, but some of these tourism stories feature pictures of (and interviews with) tourists enjoying the scenic views. And quite a few of those tourists are Russians. This has left officials and citizens in Ukraine seeing red, wondering how people can be watching the horrors of the war in their country play out on the news and then flip the station and see Russian oligarchs soaking up the sun on a beach in Greece. With that in mind, they are calling on Europe to ban Russian tourism until the Kremlin withdraws from Ukraine. But not all European countries are eager to give up those lucrative tourist dollars. (NBC)

Outraged and anguished after six months of war in Ukraine, Europe is wrestling over a question with deep diplomatic and moral implications: whether to ban Russian travelers.

Kyiv’s allies have been aghast at the split-screen juxtaposition of Russian tourists sunning themselves on Mediterranean beaches while many Ukrainians spend some of their summer in bomb shelters, dodging missiles and artillery.

Fueled by a plea from Ukraine’s government earlier this month, the debate over visa bans is raging from Brussels to Washington, underscoring longstanding fractures within the West over how aggressively to confront Russia in the war’s next phase.

I suppose I can sympathize with the Ukrainians who are feeling this way, at least to a point. But the underlying questions are important ones that will be addressed at an EU conference in Prague coming up this week. Obviously, Vladimir Putin and the Kremlin are responsible for the war in Ukraine and all of the war crimes that have been witnessed thus far. But are the rank and file Russian citizens also culpable to the point where they should be banned from travel all across the European Union or beyond?

The NBC analysis suggests one theory that says that ordinary Russian citizens have been “putting up little visible opposition” to Putin’s invasion. So does that represent a situation where they are “enabling” Putin’s war? That seems like a bit of a stretch. If the United States is doing something that other countries don’t like and you see images of throngs of American parading in the streets in support of it, you’ll know they are doing that of their own free will and you might have a point in saying that rank-and-file Americans are at least somewhat culpable.

But that’s really not the case in Russia for the vast majority of people. If you speak out against the war, you quickly wind up disappearing into the legal system, a forced labor camp, or far worse. Holding your tongue is something of a life insurance maneuver in much of Russia.

European supporters of the proposed ban claim that it would represent a different form of a sanction, pressuring the Russian government to withdraw from Ukraine by cutting off tourist industry access and making the Russian people unhappy with the cost of the invasion that they are being forced to pay. Estonian Foreign Minister Urmas Reinsalu pointed out that this isn’t some sort of issue of abuse of regular Russians because “the right to enter any particular country is not a human right.”

Not for nothing, but words cannot describe how much I would love to hear Joe Biden or his Press Secretary pull that line off with a straight face while we’re still in the midst of the Biden border crisis. But I don’t think we’ll have the opportunity to put that idea to the test because at least thus far the White House is still opposing a general travel ban. A State Department spokesperson this week said that Biden “wouldn’t want to close off pathways to refuge and safety for Russia’s dissidents or others who are vulnerable to human rights abuses.”

The main problem with that argument is the fact that most “dissidents” wouldn’t be coming here so they can hang five while riding the waves off of California’s beaches. They would most likely be fleeing for their lives and requesting asylum. So how are we supposed to separate the asylum seekers from the tourists? It’s a complicated situation to be sure, but in the end, Ukraine really doesn’t have much to say about it. It’s up to each individual country how the question is dealt with. They should be grateful for the endless supply of cash and weapons flowing freely into their country from the United States (at least the weapons that don’t mysteriously disappear, anyway) and keep their noses out of our foreign policy.