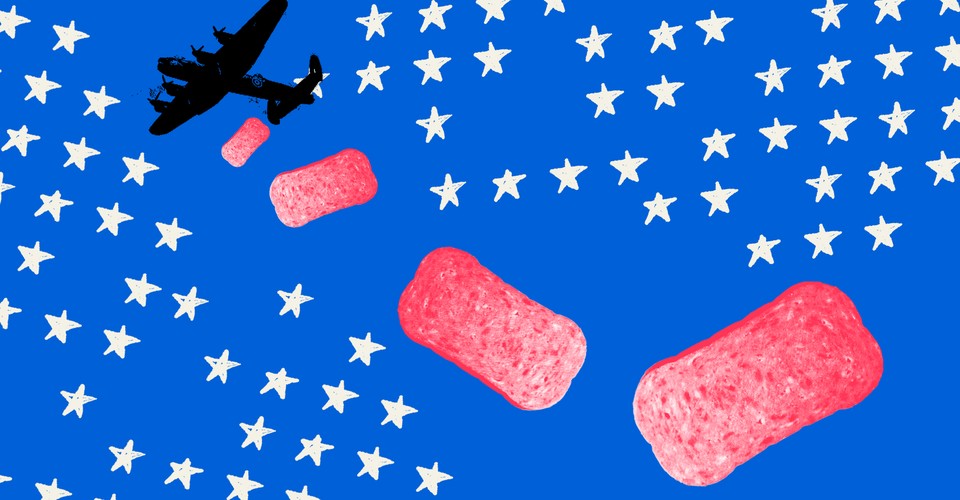 During World War II, wherever American troops spread democracy, they left the canned meat known as SPAM in its wake. When American GIs landed overseas, they often tossed cans of SPAM out of trucks to the hungry people they sought to liberate. That’s how producer Gabrielle Berbey’s grandfather first came to know and love SPAM as a kid in the Philippines. But 80 years later, SPAM no longer feels American. It is now a staple Filipino food: a  beloved emblem of Filipino identity. Gabrielle sets out on a journey to understand how SPAM made its way into the hearts of generations of Pacific Islanders, and ends up opening a SPAM can of worms.

This episode is the first in a new three-part miniseries from The Experiment—“SPAM: How the American Dream Got Canned.”

A transcript of this episode will soon be made available. Please check back.

Be part of The Experiment. Use the hashtag #TheExperimentPodcast, or write to us at theexperiment@theatlantic.com.

This episode was produced by Gabrielle Berbey and Julia Longoria with help from Peter Bresnan and Alina Kulman. Editing by Kelly Prime, with help from Emily Botein, Jenny Lawton, Scott Stossel, and Katherine Wells. Fact-check by William Brennan and Michelle Ciarrocca. Sound design by David Herman with additional engineering by Joe Plourde. Transcription by Caleb Codding.