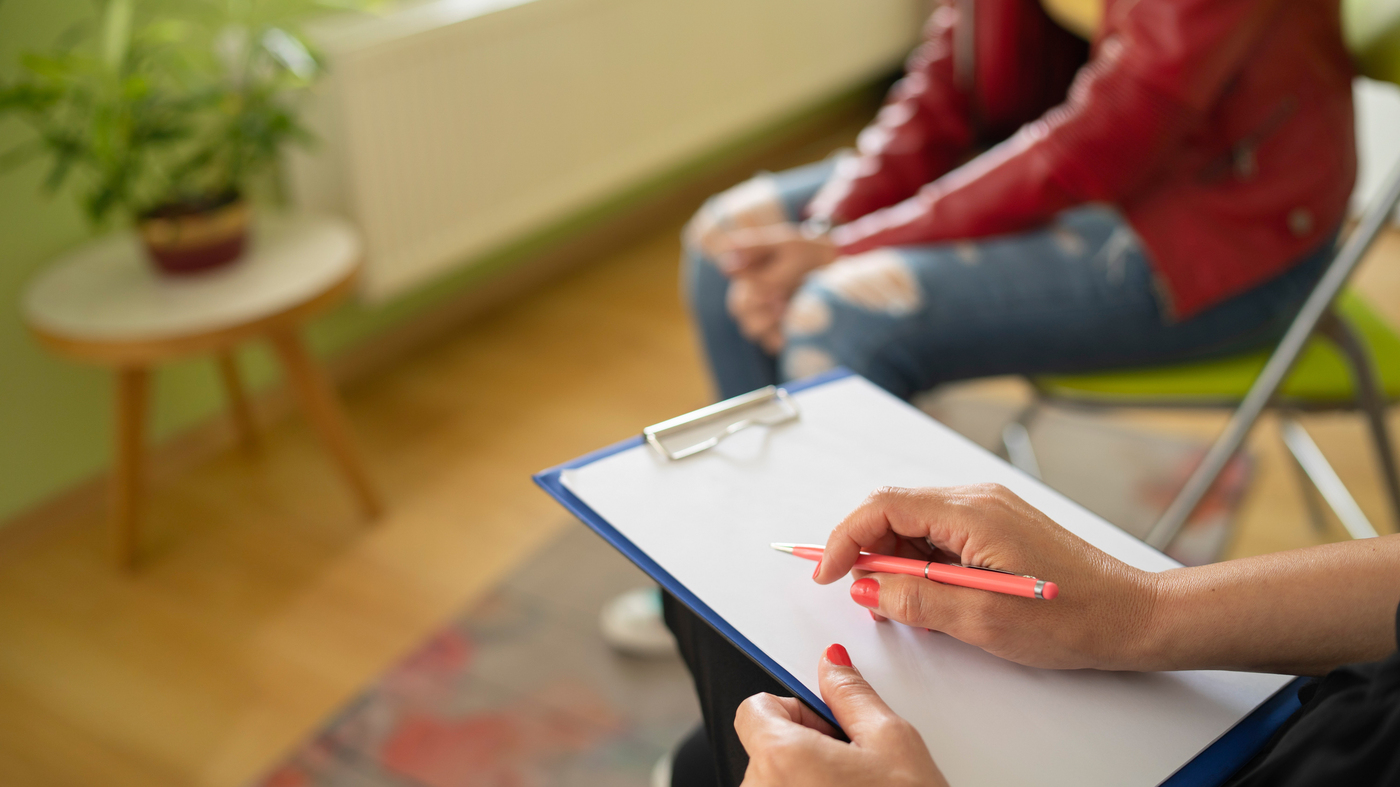 Regular screening for anxiety in their doctor’s office is one way to help kids before their troubles escalate.

Regular screening for anxiety in their doctor’s office is one way to help kids before their troubles escalate.

An influential panel of experts says all kids ages eight to 18 should be screened regularly for anxiety. This draft recommendation by the United States Preventative Task Force comes at a time when mental health problems among kids have escalated and are overwhelming the health system.

The task force also recommends that kids 12 and older continue to be screened for depression, a recommendation that’s been in place since 2016.

The screenings are usually done by primary care physicians using standardized questionnaires that parents and/or kids answer, depending on their age.

“We were already seeing rising rates of anxiety, depression and also suicide behaviors and suicide in our young people,” says Martha Kubik, a professor of nursing at George Mason University and a member of the task force.

The goal of the screenings, she says, is to help doctors and other providers identify at-risk kids early on in the trajectory of their illness so that they can be treated before symptoms escalate.

It has increasingly become clear that most mental illnesses manifest in childhood and adolescence, says Dr. Jennifer Havens, the chair of Child and Adolescent Psychiatry at NYU’s Grossman School of Medicine.

But anxiety disorder, one of the most common mental illnesses among children, can go undetected for a long time.

“It can be quiet. Kids who are anxious are often very self-conscious and aren’t going to share this with their families or their physicians, necessarily. So screening is a very, very good idea.”

Most cases of anxiety in children can be treated with psychotherapy, she adds. Only kids with severe anxiety need medication. That’s why, she says, the earlier a child is diagnosed, the easier it is to treat.

Pediatricians have long recognized the need for screening, says Dr. Sandy Chung, president-elect of the American Academy of Pediatrics, because they’ve seen an increasing number of their patients struggle with a range of mental health symptoms for years. Those grew to alarming numbers during the pandemic.

“We are truly in a crisis situation with mental health,” she adds.

In the fall of 2021, the AAP along with the American Academy of Child and Adolescent Psychiatry and the Children’s Hospital Association issued a statement calling children’s mental health a national emergency.

“We appreciate the task force making the recommendation, but in reality, many pediatricians are already doing the work [already],” she says.

Many of those pediatricians are connected to psychiatrists and psychologists by telephone through what are called mental health access programs, adds Chung, who helped start the Virginia Mental Health Access program.

Some pediatric clinics that do mental health screens are able to provide follow up care through in-house providers. For example, Montefiore Medical Center, which screens about 86,000 children annually for emotional and behavioral problems.

“In our primary care practices, where children go to see their pediatrician, we already screen for pediatric anxiety, depression and also attention problems beginning actually when children are four years of age,” says Miguelina German, a pediatric psychologist at the center, which has behavioral health providers like herself integrated into the practice.

Anyone who screens positive is referred to German or one of her behavioral health colleagues.

Also, if providers treat children’s problems when they are younger when symptoms start emerging, she says, it often requires fewer sessions than treating a more complex problem in an older child.

That’s why she hopes this model of integrating mental health care into pediatrician’s offices along with universal screening for mental health symptoms will become the standard of care across the country.

The panel also looked into the evidence behind screening for suicide, and found insufficient evidence to support the idea.

But that decision troubles Dr. Christine Yu Moutier, the chief medical officer of the American Foundation for Suicide Prevention.

“It is of great concern to us that the the task force is not looking at the more recent data that actually shows that screening for suicide risk can be done effectively safely,” says Moutier.

There are more than six recent studies that show that asking kids if they have had thoughts of hurting themselves can really help open up a safe space for them to talk about their distress, she adds.

“We know that many youth who are thinking of suicide do not tell anyone,” she says. “And so we do need to screen.”

The AAP and AFSP recently released a blueprint for preventing youth suicide, which recommends screening adolescents for suicide.

Moutier hopes the final advice will include a recommendation to screen kids for suicide as well.