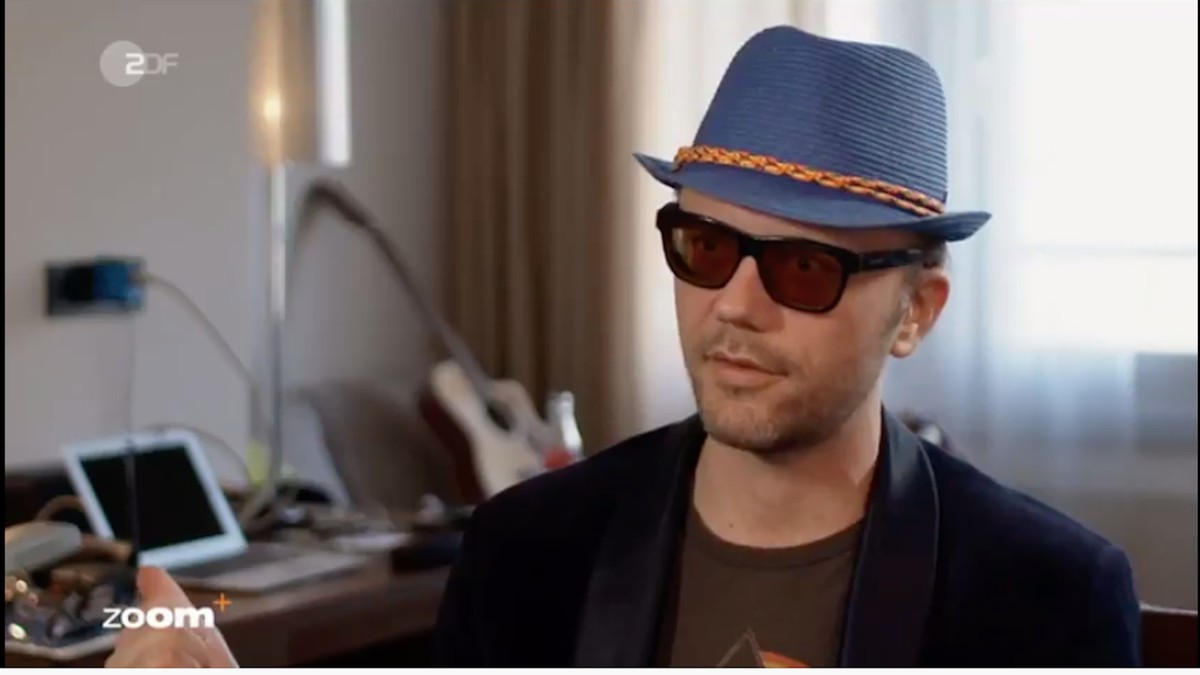 Image: Broeksmit is interviewed for the German documentary Inside Deutsche Bank, 2017. Screenshot via YouTube/ZDF

The body of Val Broeksmit, a whistleblower and federal informant who provided files about Deutsche Bank to journalists and the FBI, was discovered at Woodrow Wilson High School in Los Angeles’s El Sereno neighborhood earlier this week. His death quickly became the subject of conspiracy theories from all directions. Court records obtained by Motherboard show that several weeks before his death, Broeksmit was arrested for carrying a ghost gun. Subsequently, employees of Brewery Artist Complex, whom Broeksmit allegedly threatened with a homemade “ghost gun” earlier this month, filed for a restraining order against him, citing “a continuing pattern of unlawful and harassing conduct occurring over a significant period.”

Broeksmit had been reported missing by friends and family a year ago and was last seen driving a red 2020 Mini Cooper on April 6, 2021. Authorities later found his car but not him. During the time of his “disappearance,” Broeksmith’s Twitter account remained active and journalists and friends said they’d been in contact with him.

Broeksmit was a prolific whistleblower who was 46 years old at the time of his death. His father was Bill Broeksmit, a Deutsche Bank executive, and most of Broeksmit’s leaks and information pertain to the banking giant. His father died by suicide in 2014 and Val took his files and shared them with various journalists and the Federal Bureau of Investigation. (Broeksmit previously was a source for a few Motherboard stories in 2014 after he was threatened by Sony for posting hacked files from the company’s devastating data breach.)

His files showed Deutsche Bank’s long history of alleged criminal behavior, as well as its relationship with Donald Trump. His death has become the subject of scrutiny from conspiracy theorists on both the right and left, and several undefinable places in between. The amount of immediate unhinged commentary suggests that Broeksmit may become the next Vince Foster or Seth Rich, two politically-connected men whose untimely deaths (in Foster’s case, by suicide, and in Rich’s, in a botched robbery attempt) quickly became the durable basis for politically-motivated conspiracy theories.

Born in Ukraine, Broeksmit was an elusive figure in the world of journalists and whistleblowers. He described himself as a “comically terrible spy” in his Twitter profile and publicly struggled with an addiction to opioids. The U.S. House Intelligence Committee called him to testify several times during its investigation of Trump’s ties to Deutsche Bank.

A petition for a restraining order dated April 14, 2022 named Broeksmit as the respondent. According to the filing, Broeksmit was living with his girlfriend at the Brewery Artist Complex, a loft in downtown Los Angeles. The pair were evicted on March 31, 2022 and Broeksmit, the petition said, started showing up at his former home and making threats.

“[Broeksmit’s] conduct has now escalated to frightening levels, which is causing great distress to myself and other employees and tenants at the Brewery,” said the COO of the company that owns the loft in the petition. The loft’s employees frequently called the LAPD on Broeksmit, according to the petition. “[Broeksmit] refused to listen and advised the LAPD officers that he was in possession of a firearm.”

According to court records, the LAPD arrested Broeksmit on April 9 after a tenant saw him remove an AC unit from the wall of his home, crawl through a hole into the loft, and replace the AC unit. They called the cops who noticed a bullet on the seat of Broeksmit’s car. “Upon searching [his] vehicle, [they] found a ‘ghost gun’ (a privately made firearm that lacks a commercially applied serial number, rendering the weapon untraceable) and loaded magazine together in a partially open bag,” according to the petition.

He was shortly released on his own recognizance and told to stay 100 yards away from the loft. According to records, returned to his former home again on April 13. He “entered loft and refused to leave,” according to an LAPD incident report. This is the last official record we can find of Broeksmit’s whereabouts before he was found dead on April 25.

Authorities have said they have no footage of Broeksmit arriving at the high school. The LA County Coroner has not released a cause of death and is still awaiting the results of an autopsy. Capt. Kenneth Cabera of the LAPD said the police did not suspect foul play.

A passage in an article about Broeksmit’s death by local news site LA Taco has raised suspicion about the circumstances of Broeksmit’s death. In that article, a source tells the site that Broeksmit’s death scene was quickly cleaned up: “All the teachers were shocked when they quickly removed the body and admin told us to hold classes as usual,” the source told LA Taco. “We all thought it was ridiculous to have students on campus but once the kids were there, it was a done deal … it was even more odd that very little investigation was done and the entire area was quickly pressure washed.”

While solid information on Broeksmit’s manner of death is still lacking, conspiracy theorists wasted no time in finding ways to link him to their pet causes. Jordan Sather, a QAnon promoter and prolific all-purpose conspiracy theorist, linked to an article about Broeksmit’s death on his Telegram, adding, “Another name on the Hillary Clinton body count list?” and a row of eyeball emojis. Patriots.Win, a forum for particularly addled Trump enthusiasts, linked to a fake Twitter screenshot of Broeksmit declaring, on April 25, 2022, the day of his death, “I have information that will lead to the arrest of Hillary Clinton! #trumpcurse.” (A search of Broeksmit’s Tweets show that he hasn’t tweeted about Clinton since 2019.) The patriots also attempted to parse the restraining order application.

Meanwhile, the political commentator and former Biden delegate Lindy Li tweeted, “A whistleblower who had been working with the feds investigating Trump and Deutsche Bank was found dead at a LA high school. Police have no idea how he got there. The area was quickly pressure-washed w/o an investigation. His dad was also found dead years ago. WTF is going on?!” In a followup tweet, she termed the situation “creepy as hell.” Other anti-Trump #resistance Twitter accounts sarcastically termed Broeksmit’s death “convenient” or outright declared that he had been murdered.

The baseless speculation has clearly angered some of those who knew Broeksmit. “Everyone needs to fucking stop with the conspiracy theories about Val,” investigative journalist Scott Stedman tweeted on Wednesday. “Or am I now part of some ridiculous fairytale now too because I’m trying to save some dignity for my dead friend?”