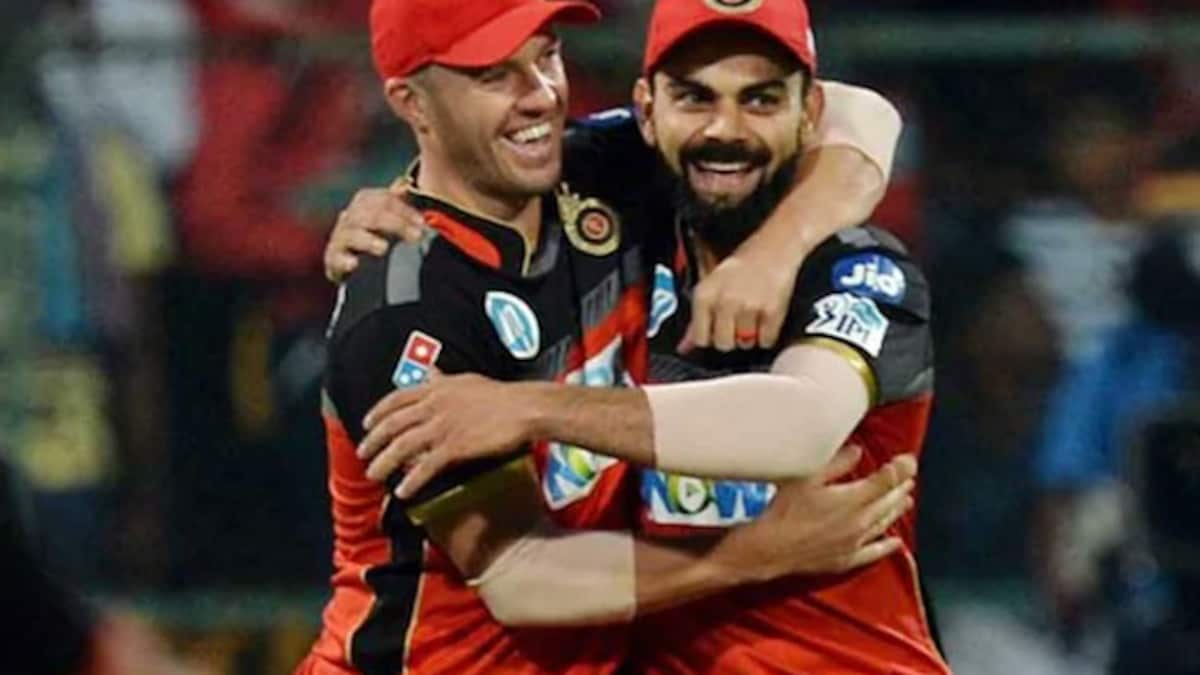 India’s Test and ODI captain Virat Kohli posted an emotional message on social media after his Royal Challengers Bangalore teammate AB de Villiers announced retirement from “all cricket”. The South African had been a part of the RCB franchise since 2011. de Villiers, one of the finest batsmen of his generation, last played for South Africa in April 2018. There were talks of an international comeback during the 2019 ICC World Cup, but that didn’t materialise. de Villiers was part of the RCB team that reached the play-offs in IPL 2021. He and Kohli formed a great partnership, both on and off the field, and their mutual respect and admiration has been well known over the years.

“To the best player of our times and the most inspirational person I’ve met, you can be very proud of what you’ve done and what you’ve given to RCB my brother. Our bond is beyond the game and will always be. This hurts my heart but I know you’ve made the best decision for yourself and your family like you’ve always done. I love you @ABdeVilliers17,” Kohli posted on his Twitter handle.

This hurts my heart but I know you’ve made the best decision for yourself and your family like you’ve always done. ????I love you ???? @ABdeVilliers17

AB de Villiers is the second highest scorer in the history of the RCB franchise, having scored 4522 runs in 145 innings at an average of 41.10. Kohli leads the chart with 6707 runs.

It is the end of an era for the franchise as Kohli has also stepped down from the role of captain after the end of the 2021 season. While Kohli might be retained by the franchise, de Villiers’ retirement will leave a gaping hole in the middle order and the franchise will have to work hard in the upcoming auction to find a suitable replacement, if there could be one.

de Villiers lit up the IPL over the years with his astonishing ability to play 360 degree shots and put up an exhibition of attacking batting. He and Kohli reached the final twice, in 2011 and 2016, but failed to win the title.