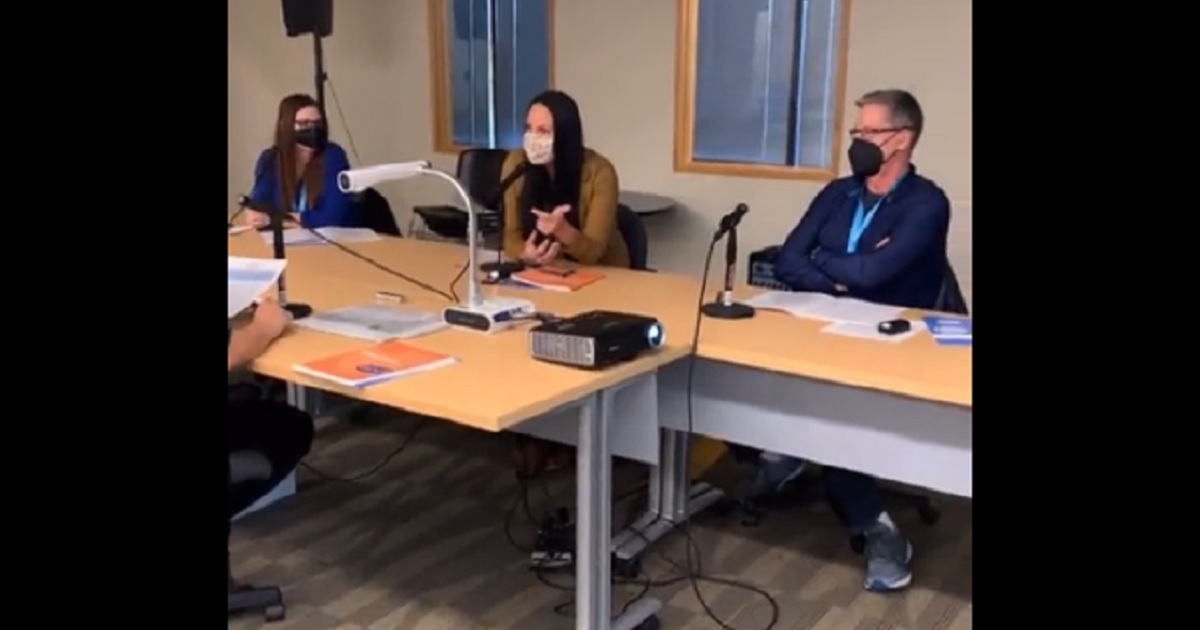 A recent training session for ballot reviewers in Seattle, Washington, provides the perfect illustration why Democrats should never be allowed to set the nationwide voting standards.

Post Millennial reporter Katie Daviscourt shared video of an official with King County Elections discussing a mail-in voting envelope that was missing a ballot from the Nov. 2 election.

Instead, there was a candidate statement page taken out of the voter guide for the defeated Seattle mayoral candidate Lorena Gonzalez with an “L” or checkmark with a “+” sign written at the bottom.

“If there had been no handwriting at all, we would have just called this superfluous materials and we wouldn’t bring it before the board,” the official said.

But given the markings, the election official brought it before the voter board for review.

Cori Bush Peddles Sick Lie: If Rittenhouse Is Acquitted, White Supremacists ‘Can Shoot at Us’

She further noted if the “voter” had circled Gonzalez’s name on the page, then there would not even be a question. The vote would count, because intent is clear.

Wow! Talk about an opportunity for voter fraud.

WOW! During a review board, officials in Seattle admit that if someone were to write a candidates name on a napkin their vote would be counted.pic.twitter.com/EXHjuxtmGJ

“So, even if someone took a napkin and wrote the office, the race, and their selection, that would be enough?” the official was asked.

She replied, “That would be enough and we would count that as a vote.”

With the Seattle mayor’s post being officially nonpartisan, the race featured Gonzalez, the progressive president of the Seattle City Council, versus Bruce Harrell, a former City Council president.

Harrell won with a crushing 61.9 percent of the vote to 37.8 percent for Gonzalez, according to Ballotpedia.

As The New York Times noted in an April 2020 report, Democratic-dominated Washington state is one of only five states in the country where elections are conducted entirely by mail. (The state also offers same-day voter registration up to Election Day, according to the secretary of state’s office website.)

So, the standards for counting a mail-in voter matter there even more than most places. And as the video shows, those standards are so low as to be non-existent.

Hidden on Page 1,647 of Biden’s Huge Spending Bill Is a Plan Allowing Illegals to Get Billions of Dollars

The bottom line is Democrats do not care about voter fraud.

In the name of preventing “voter suppression,” they will count any kind of vote.

That is why it is vital that House Resolution 1, the “For the People Act,” or any variation close to it, must never become law.

Do you think a ballot should be required to vote?

The Heritage Foundation’s Hans von Spakovsky, a former member of the Federal Election Commission, stated at the Election Integrity Virtual Conference at Regent University in the spring, “H.R. 1 is the worst bill I’ve ever seen and the most dangerous bill I have ever seen when it comes to elections.”

The legislation, which passed the House in March with no Republican support, would overturn voter ID laws, which are present in 34 states.

Automatic voter registration would mean large numbers of the millions of illegal immigrants living in the U.S. would be registered to vote if they have any interaction with a government agency, such as obtaining a driver’s license or attending a state university.

What the nation needs after all the uncertainly and questions surrounding the November 2020 elections is more confidence in the process, not less.

Believe it or not, people do cheat, and the easier you make it to cheat, the more cheating you’ll get.

Requiring voters to actually use a ballot is a pretty baseline rule. At least the number of ballots mailed and to whom they were sent can be tracked.

With a napkin or any other piece of paper, this is not true and should never be counted.