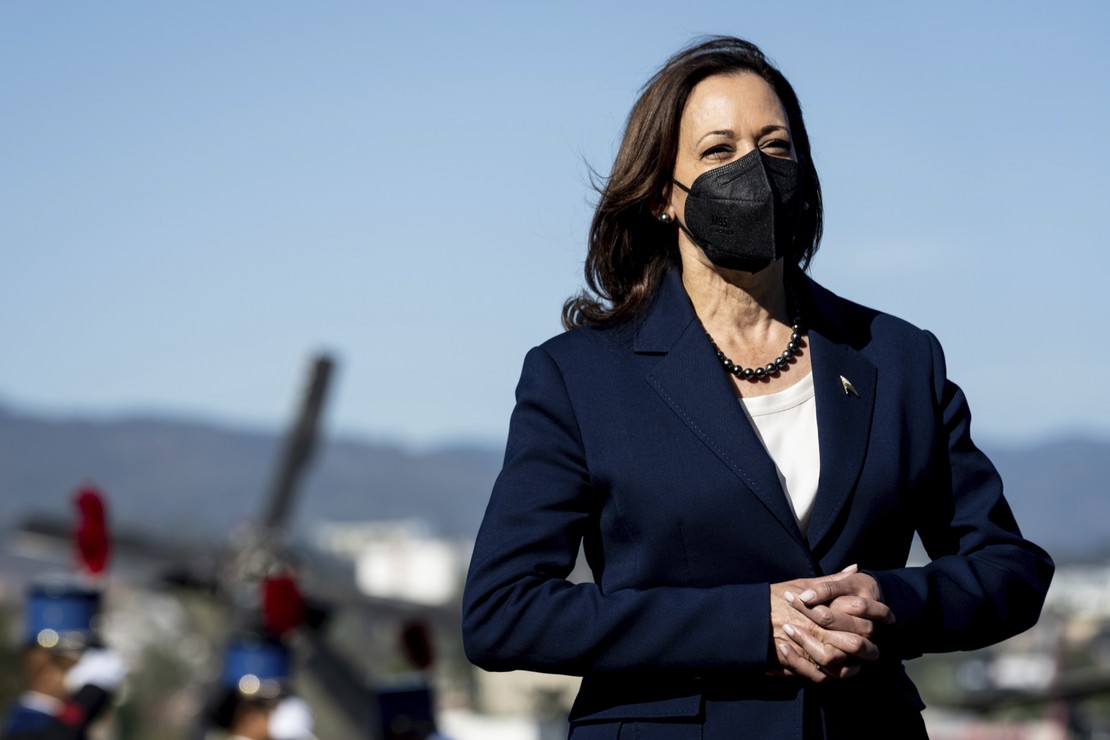 Vice President Harris has tested positive for the coronavirus, the White House said Tuesday, becoming the most senior Biden administration official to contract a virus that has afflicted millions of Americans.

Harris tested positive on both rapid and PCR tests but has exhibited no symptoms, said Harris’s press secretary, Kirsten Allen.

This paragraph from the same Washington Post story made me raise an eyebrow like Dwayne “The Rock” Johnson. Say what now?

At a minimum, the diagnosis will force one of the nation’s most popular politicians — a history-making first woman and first person of Black and Asian descent to serve as second-in-command — to curtail her public schedule as the administration grapples with competing crises. One of those is the ongoing pandemic: The nation is nearing 1 million deaths from the virus.

I know this is a tangent but is Harris really all that popular? Five Thirty Eight has her 26 points underwater at the moment with a 32.1% approval average. The LA Times has her at a more modest 12 points underwater but also notes she’s underperforming every past VP at this point in their tenure going back to Al Gore. The idea that taking Harris off the board for a week or so is a big blow to the administration seems a bit out of touch with reality.

In any case, Harris apparently hasn’t been in close contact with President Biden lately and she was stopped before entering the Oval Office today by the positive tests.

Harris arrived at the White House Tuesday morning, a White House official told CNN, and went straight to take a test. After testing positive on both PCR and rapid tests, she returned home to her residence at the Naval Observatory, where she will be isolating.

Separately, an official said Harris last saw Biden at the Easter Egg Roll on April 18. She left Washington for California that afternoon and didn’t return until Monday night.

Harris doesn’t appear to be very sick, which is good, but the forced quarantine will create a problem for the Senate where two Democratic Senators are also currently out with COVID.

Two Democratic senators — Chris Murphy (Conn.) and Ron Wyden (Ore.) — tested positive for the coronavirus Tuesday, as well. With Harris, the Democrats’ tiebreaking vote in the Senate, isolating until she tests negative, any contentious votes in the Senate will most likely be on hold.

In case you were wondering, Harris has had two shots and two booster shots. The President has had the same but obviously at age 78 there’s more concern about him catching it than Harris who is still just 57.

Speaker Pelosi, Merrick Garland, Adam Schiff and several other prominent politicians came down with COVID after the Gridiron dinner earlier this month. President Biden didn’t attend that event. However, the White House Correspondent’s Association dinner is coming up this weekend and the president will be at that one.

Biden and first lady Jill Biden are set to attend the annual White House Correspondents’ Association dinner this weekend, marking the return of the large event even as Covid outbreaks have plagued large, elite gatherings around the capital.

WHCA dinner guests will be required to present a same-day negative Covid test and must be vaccinated against the virus. Biden will speak at the event, which usually attracts 2,500 people.

I guess we’ll see if this goes off better than the Gridiron dinner which required proof of vaccination but not a same-day negative test. In any case, VP Harris definitely won’t be there to cackle uncontrollably at the jokes made about her. Maybe next year.