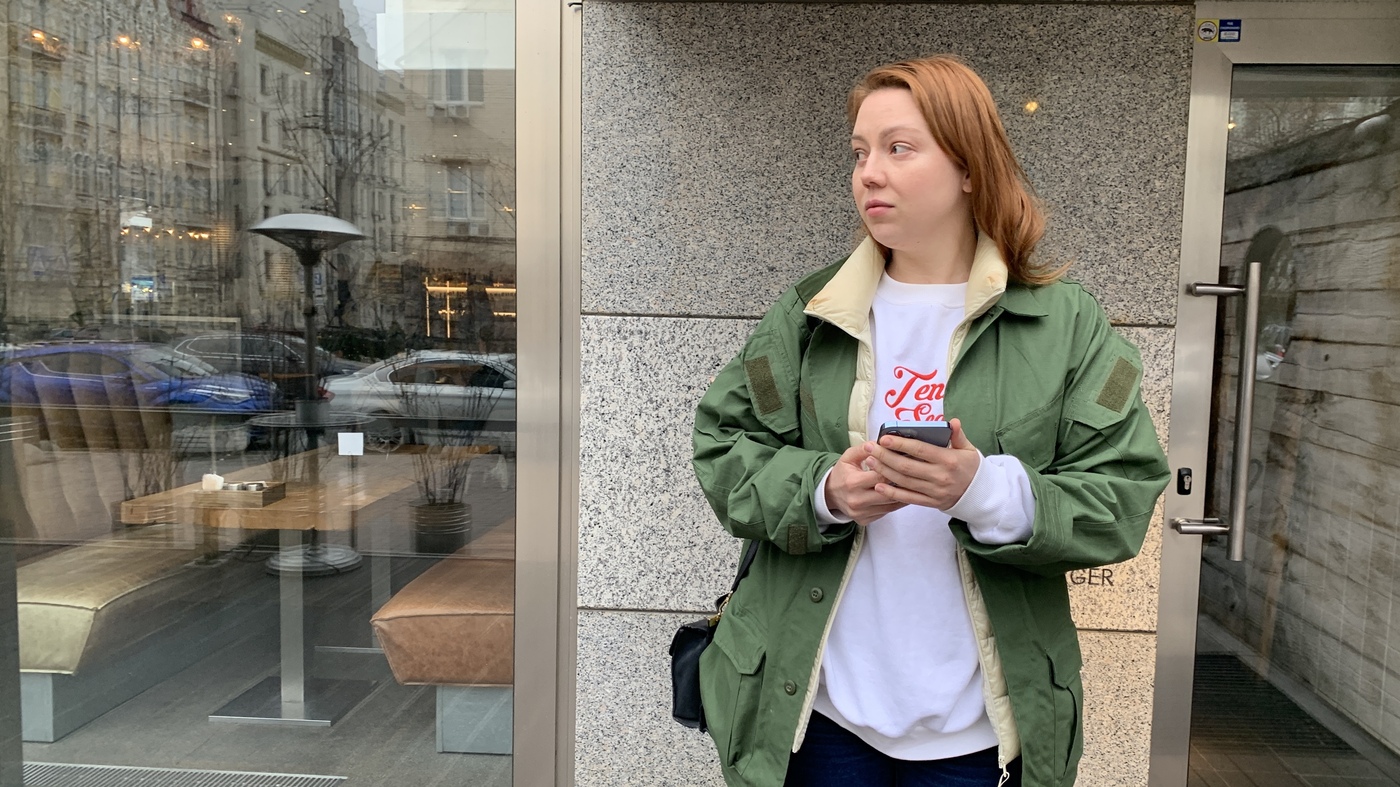 Alyona Shkrum, a 34-year-old member of parliament, is among a new class of Ukrainian leaders who are pushing their country to a more Europe-focused future.

Alyona Shkrum, a 34-year-old member of parliament, is among a new class of Ukrainian leaders who are pushing their country to a more Europe-focused future.

KYIV, UKRAINE — Along with the election of President Volodymyr Zelenskyy, a new generation of young leaders entered Ukraine’s politics following the mass protests that toppled a pro-Russian president in 2014.

These young politicians have few memories of life under Soviet rule — and they say the war has accelerated their efforts to push for a more Europe-focused future.

“As a country, we are actually very prepared for this kind of war in terms of psychologically,” said Alyona Shkrum, after ducking under a barbed wire-covered checkpoint in the government quarter. “Because we know very well why we are doing it and why we are protecting our country.”

Walking past sand bags and anti-tank barricades, the 34-year-old member of parliament explains this moment is a continuation of what young people like her have been fighting for since the Maidan revolution eight years ago that ousted Ukraine’s pro-Russia leader, Viktor Yanukovych.

She went to grad school in France and worked in international law in Paris and London. She speaks French and English with ease.

Yarema Dukh, a veteran political adviser of past Ukrainian administrations, called Shkrum “one of the representatives of the new Ukrainian politics.”

He says new leaders like Shkrum can not only interact with Western heads of state in their own languages, but understand their culture, their idiosyncrasies.

“They’ve seen the world and they understand what we need to fix here in Ukraine,” Dukh said.

Yevheniia Kravchuk, 36, a member of Zelenskyy’s party, says the hunger for new ideas in Ukraine was so great that it led her party, in 2019, to block anyone from joining who had been in the parliament before.

“New people, new thinking,” she said. “It was like a big elevator for people to become politicians, to become leaders.”

And she says the war has focused Ukrainians, young and old, on this vision for a more democratic Ukraine that is being championed by young leaders.

A recent poll shows that since the start of the war a record 91% of Ukrainians now want their country to join the European Union.

“It’s not that we’re happy that the war sort of fastened our way to European Union, but it actually made everything black and white,” Kravchuk said.

Charles Kupchan, who worked on European issues in the Obama White House, said Putin miscalculated. He thought Ukraine was a country of “wannabe Russians,” Kupchan said.

“It couldn’t be further from the truth,” said Kupchan, who is now at the Council on Foreign Relations. “And it is this younger generation that has really pulled Ukraine in a Westward direction and made it so impossible for Ukraine to go back to mother Russia.”

Back in Kyiv, Alyona Shkrum stops in front of a restaurant that was one of the very few that remained open during the early days of the war.

She says the scene inside was straight out of the movie Casablanca.

“You will see a table of soldiers who needed to eat somewhere,” she said, “a table of local defenders of Kyiv, like territorial defense units, everybody armed, everybody with weapons, a table of members of parliament who are here.”

Alyona Shkrum, a 34-year-old member of parliament, is among a new generation of Ukrainian politicians.

Alyona Shkrum, a 34-year-old member of parliament, is among a new generation of Ukrainian politicians.

Almost two months later, half of the restaurant is filled with soldiers, their machine guns and sniper rifles resting on their legs or tucked in corners.

It was here, over bowls of traditional chicken soup and eggs that these young leaders would strategize — and divvy up roles to play.

“And so we created this kind of woman battalion for members of parliament who are women, who speak foreign languages, who have the connections, who has this international audience,” Shkrum said.

She and three other battalion members met with European ministers. They met with French President Emmanuel Macron. They met with British Prime Minister Boris Johnson, who soon after sitting down with the members made a surprise visit to Kyiv.

Yevheniia Kravchuk went with another group to the United States to meet with leading members of Congress and top officials at the State Department and the Pentagon last month.

Shkrum says everyone has a role to play.

“This is a fight for our lives. Like I, as a member of parliament, is on the red list either to be killed or to be captured,” she said. “So obviously it’s a fight for existence, but it’s also a fight to choose our own future. It’s that simple.”