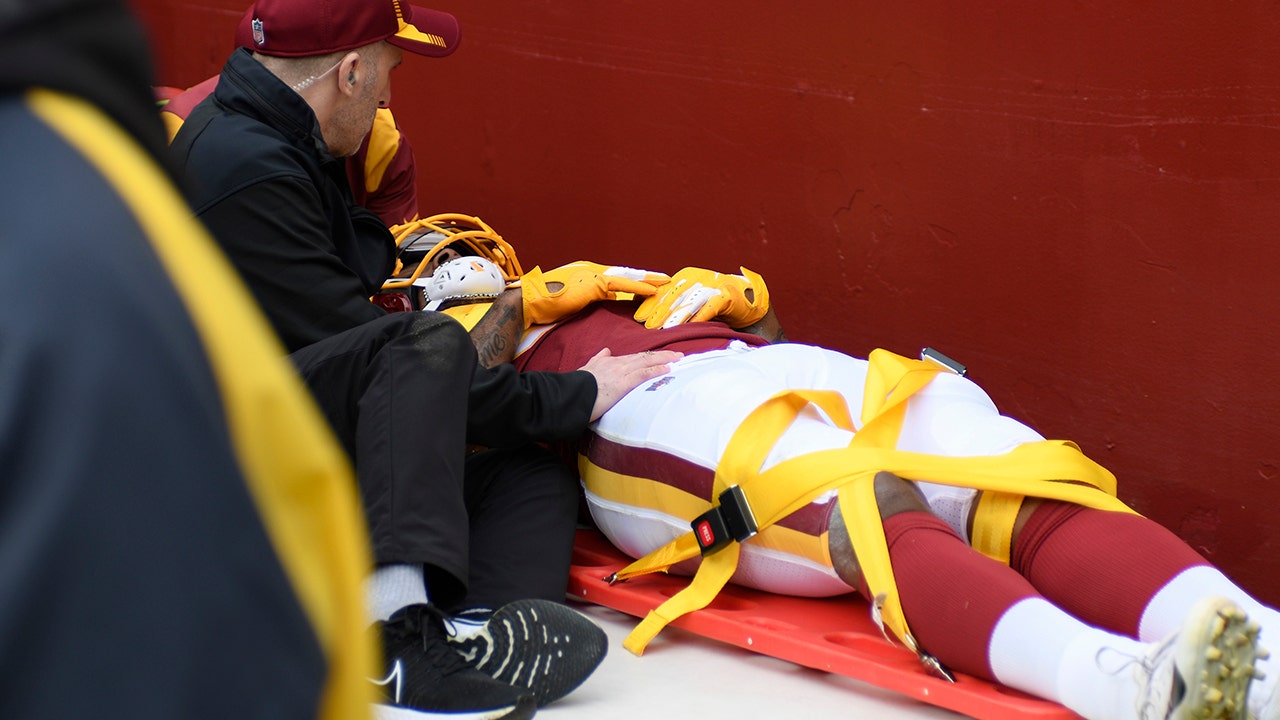 Washington Football Team tight end Ricky Seals-Jones left Sunday’s game against the Philadelphia Eagles on Sunday after colliding with a cameraman in the second quarter.

Washington quarterback Taylor Heinicke was scrambling around looking for an open receiver when he targeted Seals-Jones. The pass was tipped away in the end zone but Seals-Jones’ momentum carried him into some of the media on the sidelines.

Washington Football Team tight end Ricky Seals-Jones lying on the sidelines after a collision with a cameraman during the Sunday, Jan. 2, 2022, game against the Philadelphia Eagles in Landover, Maryland.
(AP Photo/Mark Tenally)

Seals-Jones ran directly into one of the cameramen. He stayed down and was put on a backboard and carted off FedExField. Washington later ruled him out with a neck injury as it appeared he may have suffered an injury around his throat when he ran into the cameraman.

Eagles trainers were also helping the cameraman, who was shaken up on the play as well.

Ricky Seals-Jones is carted off the field in a stretcher after colliding with a cameraman while playing against the Philadelphia Eagles, Sunday, Jan. 2, 2022, in Landover, Maryland.
(AP Photo/Mark Tenally)

RAMS’ JALEN RAMSEY, TAYLOR RAPP GET INTO SKIRMISH ON FIELD DURING GAME

The game was paused for a bit with Washington leading 13-7.

Both teams came into Sunday hoping for a win to improve their chances of getting a playoff spot with two games left in the regular season.

The Eagles held the final playoff spot heading into Week 17 with an 8-7 record, but a loss to Washington could prove detrimental to their chances. Washington is 6-9 on the year but is still hanging around with elimination around the corner. A loss would guarantee that for Washington.