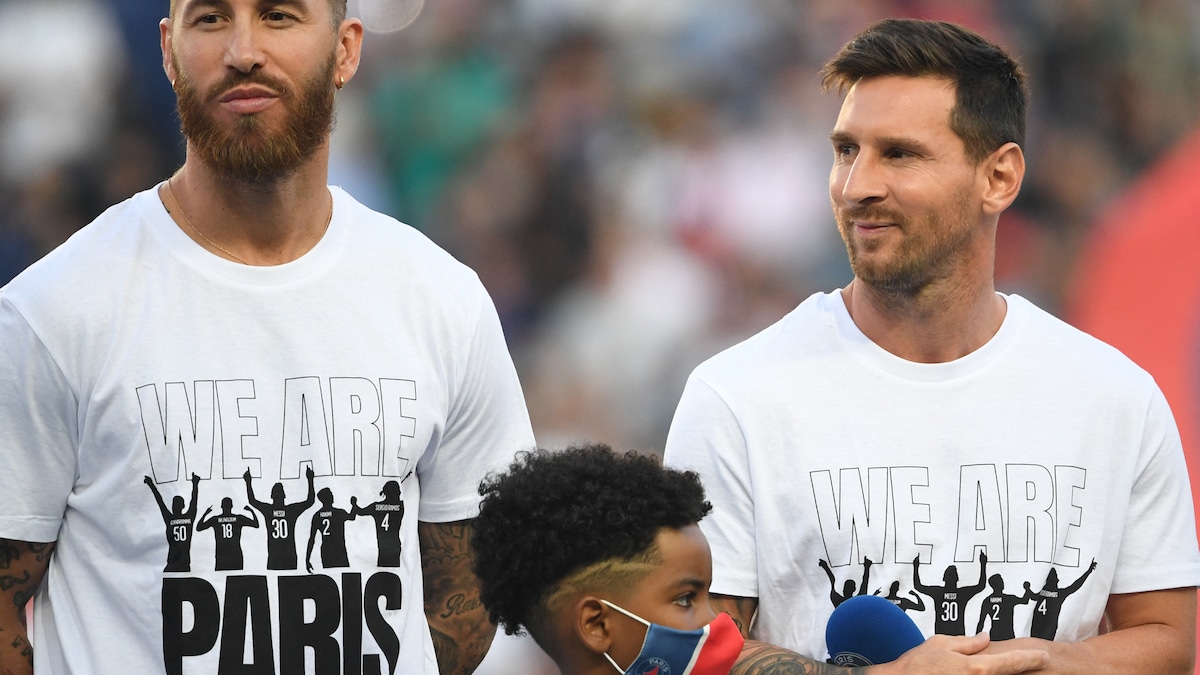 File image of Lionel Messi and Sergio Ramos together© AFP

Lionel Messi and Sergio Ramos are two footballers who are known to give their hundred percent on a football pitch. The two stars were fierce competitors and rivals during their heydays with Spanish giants FC Barcelona and Real Madrid. Messi has been at the receiving end of several Ramos tackles throughout his career but fate has now brought them together at Paris Saint Germain (PSG), and the Argentine wouldn’t have thought he would be tackled by his teammate.

Well, this is exactly what happened when the two came up against each other during a mini-game while training with the PSG squad. Messi got past the challenge and even scored but gave Ramos a long and hard stare after that.

Ramos tried to reconcile with Messi but the Argentine wasn’t having anything of it as he must have thought the tackle was too strong for a training ground drill and that too against a teammate.

Watch as Messi and Ramos fight in PSG training

Both the stars endured tough opening seasons at the French capital.

While Ramos sat out most of the season due to injury issues, Messi was extremely underwhelming in his performances, enduring his worst scoring season in over 15 years.

Both men would want tp make amends and pay back the club for the millions they have spent in assembling such a star-studded line-up.