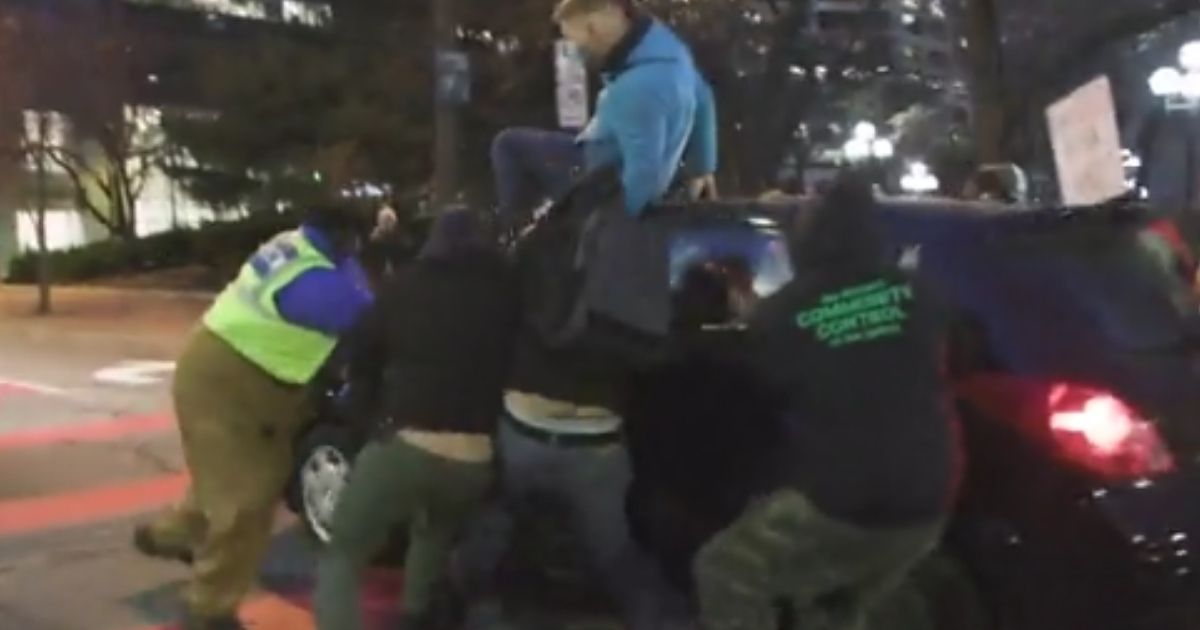 The renewed rioting in Minneapolis, Minnesota, is a somber reminder that post-pandemic America bears little resemblance to the nation it was only a short time ago.

Worse than the crushing weariness that has befallen a civilization worn down from months of COVID-19 restrictions and new omicron variant hysteria is the collective horror of witnessing the destruction of American cities from the inside out.

It isn’t just the daily degradation of life through increased crime, homelessness and drug use in those cities, but rather the pockets of profound violence and anarchy that bubble up any time a vaguely suitable narrative to excuse it surfaces.

Such is the case in Minneapolis, where riots have again broken out during jury selection in the case against former Brooklyn Center, Minneapolis, police officer Kim Potter who accidentally shot and killed 20-year-old Daunte Wright during a traffic stop in April, the Washington Post reported.

Body camera footage from the incident seems to clearly indicate that Potter, who is white, mistook her firearm for a taser and used it against Wright, who is black, as he was attempting to flee the scene of his arrest on an outstanding warrant during a traffic stop.

“I grabbed the wrong gun,” Potter is heard admitting right after the incident. “I killed a boy.”

The 49-year-old veteran officer resigned thereafter and was charged with manslaughter, both first and second degree, ensuring she will face legal consequences.

It appears to be a tragic but honest mistake, rather than a case of police brutality or a racially-charged killing, but that hasn’t stopped Black Lives Matter from encouraging civil unrest all over again.

Do you think America has undergone a dramatic, permanent change since 2020?

“Breaking: In downtown Minneapolis at a #BLM protest against ex-officer Kim Potter, the rioters attack and chase a vehicle in the street,” Andy Ngo, editor-at-large for the Post Millenial, tweeted with footage from the incident Tuesday.

The video appeared to show a group of rioters attempting to stop a vehicle that was driving through the area, with several of the protesters pulling on the door of the moving vehicle while another man rode on the roof until the car safely fled.

Breaking: In downtown Minneapolis at a #BLM protest against ex-officer Kim Potter, the rioters attack and chase a vehicle in the street. pic.twitter.com/YiAJIcQVoX

Unfortunately, this kind of outburst has become routine in cities since the spring of 2020 — mostly because it has been tolerated by politicians and excused by the establishment media as a fight against racial injustice.

But while that may be arguably true in other circumstances, it seems the facts of this particular open and shut case don’t bear that out at all.

BLM Chastises Us for Having Thanksgiving Dinner on Stolen Land, Yet Look What Their Co-Founder Did

Wright was no choir boy stopped only for having an air freshener hanging from his rear-view mirror as the original narrative erroneously reported.

Instead, he was a seasoned criminal who allegedly committed, among other crimes, a shooting that left another man in a vegetative state.

It doesn’t mean that he deserved to die at the hands of police, but it shatters the overall mythology that’s always superimposed onto people in these cases.

Ngo attempted to push back against the narrative of Wright’s martyrdom by cataloging the young man’s past shortly after he was killed by Potter in April, though the recent violence demonstrates how little it matters to the protesters.

“Latest #BLM violence near Minneapolis sparked by police shooting of #DaunteWright,” Ngo said of the unrest at the time.

“He was wanted on a warrant when he attempted to flee by car. He was shot & drove a distance before crashing into others. His FB is filled w/him flashing gang signs, using drugs & showing off cash,” the journalist pointed out with accompanying social media photos allegedly of Wright.

Latest #BLM violence near Minneapolis sparked by police shooting of #DaunteWright. He was wanted on a warrant when he attempted to flee by car. He was shot & drove a distance before crashing into others. His FB is filled w/him flashing gang signs, using drugs & showing off cash. pic.twitter.com/StANTcJ2bs

The justice system is already dealing with Potter’s actions, and aside from the human cost of this tragedy, there doesn’t seem to be any more to the story that would warrant unrest or excuse rioting — if ever such an excuse were to exist.

But this is now par for the course in American cities, and Democratic administrations have little appetite for curbing such actions.

They’ll willingly stand by as their own cities are overtaken, burned and terrorized as long as it’s the right kind of perpetrator who’s doing it.

This country has become unrecognizable in less than two years’ time, and it’s becoming harder to argue that it’s not intentional.