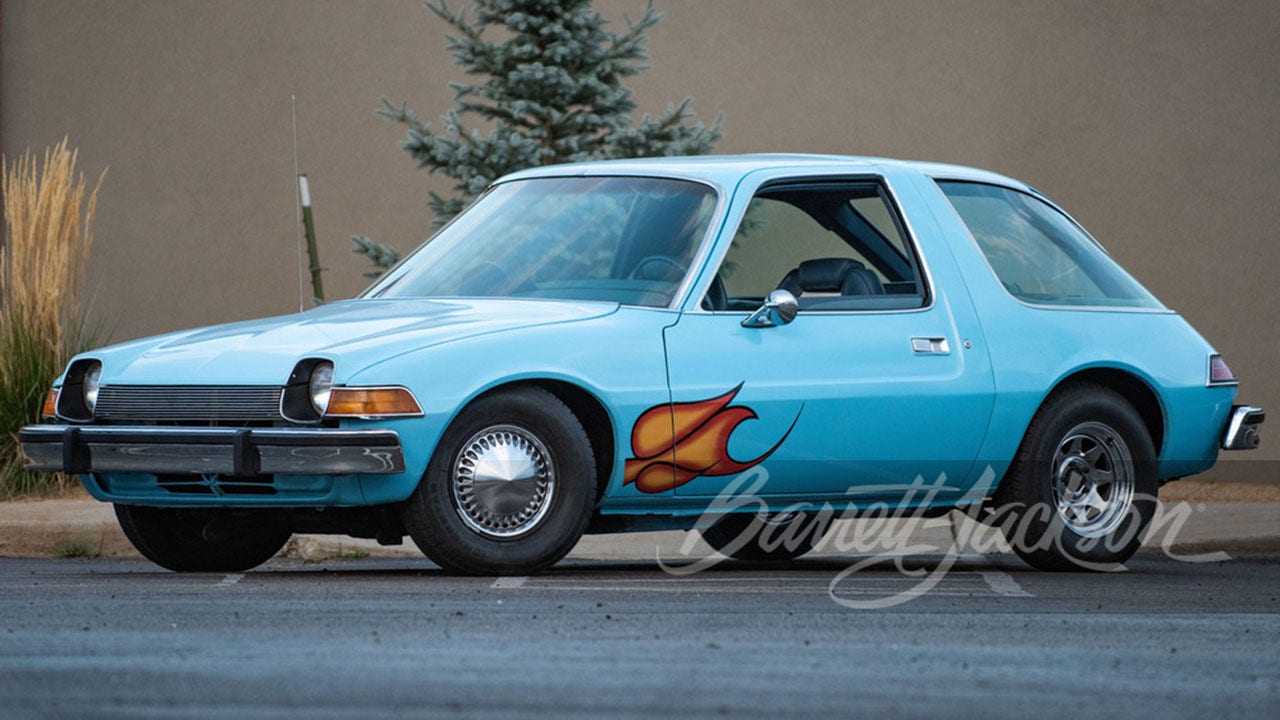 “Wayne’s World” fans will think this is excellent.

The 1976 AMC Pacer from “Wayne’s World” has been fully restored.
(Barrett-Jackson)

The 1976 AMC Pacer featured in the 1992 comedy classic is being auctioned just in time to celebrate the 30th anniversary of the film’s premiere on Valentine’s Day.

The custom baby blue hatchback was previously owned and restored by “Pawn Stars” star Jack Harrison and appears exactly as it did on screen, including its flame graphics, mismatched wheels, dashboard-mounted fountain drink cup dispenser and ceiling-mounted licorice dispenser.

The Wayne’s World Pacer has a cup dispenser in the dashboard.
(Barrett-Jackson)

The unusually styled widebody car is still powered by its original, but refreshed, 258 cubic inch inline-six-cylinder engine and sports a three-speed automatic transmission, which makes it easier to concentrate on banging your head to the rocking tunes coming out of its upgraded audio system.

The car will be crossing the block at the Barrett-Jackson Scottsdale, Ariz., auction on January 26 without a reserve price. The current owner bought it from Harrison at Barrett-Jackson’s 2016 Las Vegas auction for $37,400, or about double what a perfectly restored original is typically worth.

The Pacer X was a sport-style version of the hatchback.
(Barrett-Jackson)

For Pacer fans who aren’t into the whole “party time” thing, the consignor is also offering a stock red 1976 Pacer X alongside the Wayne’s World car.