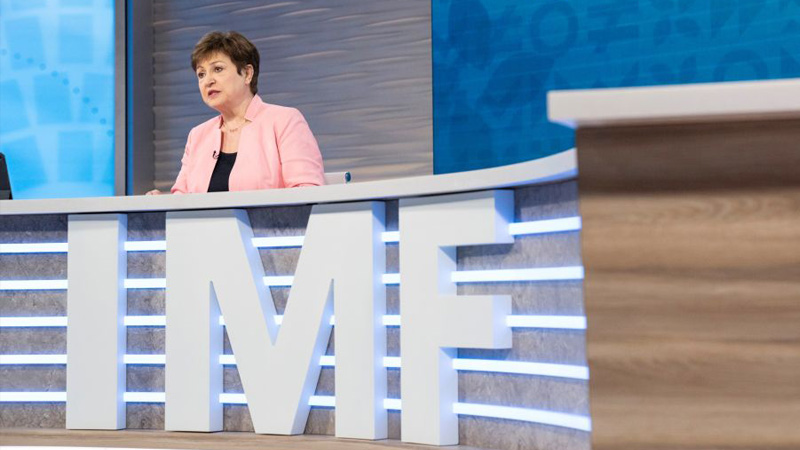 During an IMF “Debate on the Global Economy” Thursday, International Monetary Fund Director Kristalina Georgieva hinted that the world’s economic overlords may have screwed us all.

In a section of the discussion that has now gone viral online, Georgieva claimed there are “unintended consequences” to some of the policies carried out by the world’s top financial institutions.

However, as Infowars has covered for decades, the top individuals in these globalist organizations have long-planned a world economic collapse.

One example the IMF Director put forward as a decision that created unintended consequences was the massive amount of money printed as an attempt at stimulating the economy during the COVID-19 pandemic.

“At that time, we did recognize that may lead to too much money in circulation, too few goods, but didn’t really quite think through the consequence in a way that upfront would have informed better what we do,” she said.

Georgieva also said “we are already out of time” when it comes to climate change and criticized leaders for “forgetting” the issue during the Covid pandemic.

The IMF head compared her colleagues to a bunch of eight-year-olds chasing after a soccer ball and not focusing on what’s happening throughout the rest of the field.

Watch the full debate below: