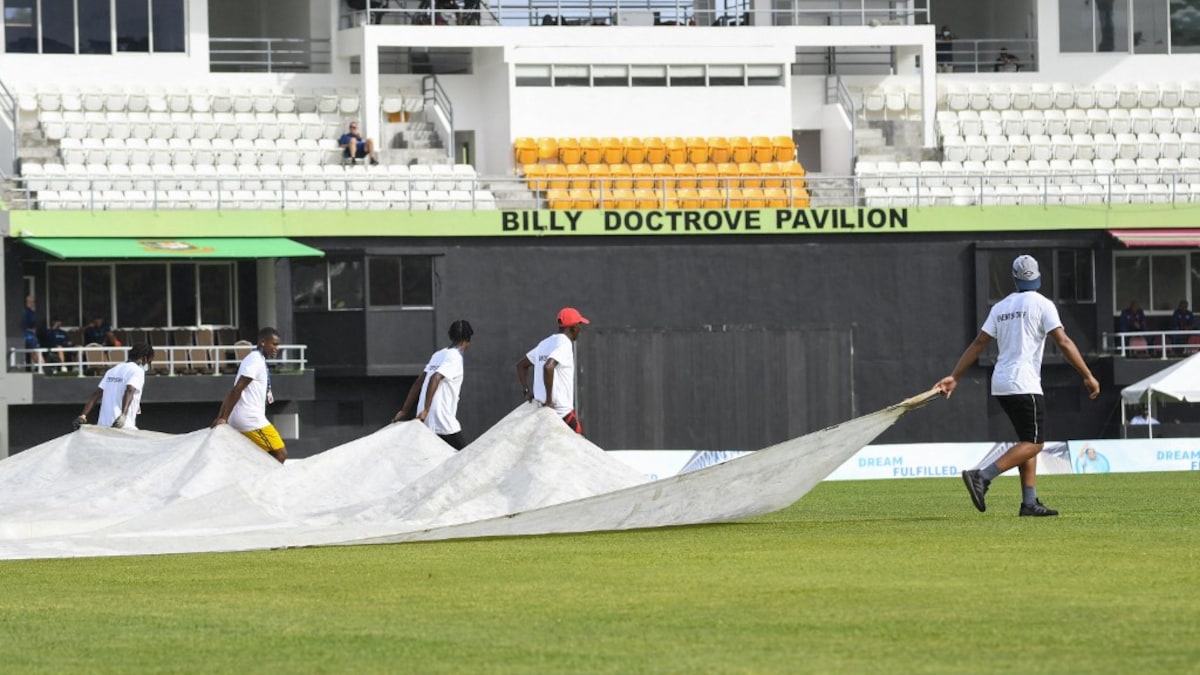 Persistent showers spoiled the return of international cricket to Dominica as the scheduled first T20 of the three-match series between the West Indies and Bangladesh at Windsor Park was declared a no-result on Saturday. Put into bat after a delayed start caused by heavy overnight rain which left damp areas around the pitch, Bangladesh were limited to 105 for eight off 13 overs in a staccato innings interrupted twice as more showers swept down off the mountains surrounding the picturesque ground to eventually wash out any hope of getting a result from a reduced match.

Test captain Shakib al Hasan (29 off 15 balls) and wicketkeeper Nurul Hasan (25 off 15 balls) were the only players to develop any momentum in the tourists’ innings as they lost wickets regularly to a varied home attack marshalled by captain Nicholas Pooran.

Fast-medium bowler Romario Shepherd led the effort with three wickets for 21 runs off his reduced allotment of three overs while leg-spinner Hayden Walsh claimed two for 24, including the important scalp of Shakib, caught behind by Devon Thomas, the wicketkeeper-batsman making a return to international duty at the same venue where he made his senior West Indies debut against the same opponents in a One-Day International in 2009.

Shepherd accounted for Bangladesh skipper Mahmudullah to set the tourists back even further at 75 for six in the 11th over, although Nurul’s improvisation and aggression, which followed on his unbeaten 60 in the second Test defeat in St Lucia five days earlier, gave his side some hope of a defendable total before falling to a catch on the square-leg boundary off Odean Smith.

Within minutes of his dismissal though the rains returned for another time, leaving the umpires with option other than to declare a no-result as the available time, even allowing for a prompt resumption, would not have permitted the West Indies to face a minimum of six overs, and a revised target on the Duckworth-Lewis-Stern method, in reply to facilitate a definitive result.

Both teams will try again on Sunday in the second fixture of the series at the same venue before the scene shifts to Providence Stadium in Guyana where the final match is scheduled for July 7.