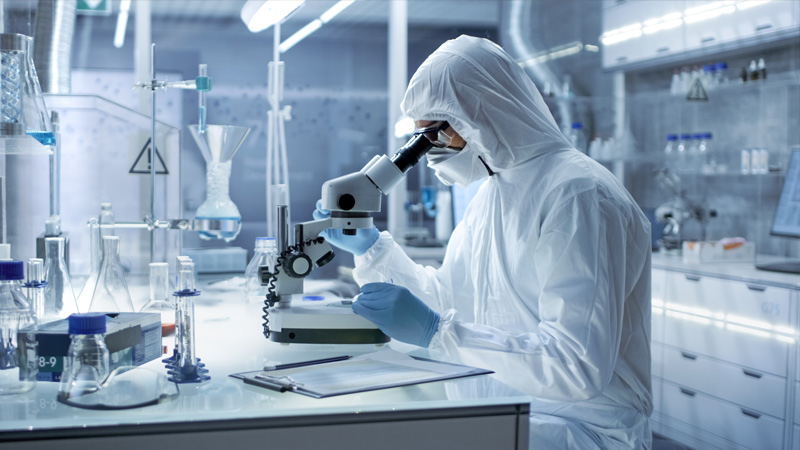 With several top doctors around the world saying there’s a possibility the Omicron variant of Covid-19 was created in a lab and only recently released, the next question would inevitably be, why?

As Infowars reported on Tuesday, Dr. Joseph Mercola and Dr. Robert Malone are floating the scenario that the variant could be a manmade virus, as was the most likely case with Covid-19.

In his article published Tuesday, Dr. Mercola asked, “Is Omicron Another Lab Creation?”

According to the report, “There’s a curious feature of Omicron that hints at it having been modified in a lab… It doesn’t seem to belong to any of the evolutionary branches that have emerged since.”

A video posted on Twitter shows the chronological genomic epidemiology of Covid variants and clearly indicates the Omicron variant is different than others.

Essentially, scientists can see that Omicron evolved from a strain that has been circulating since mid-2020, but they have no record of the strain’s mutations since then.

Now, a Russian virologist named Petr Chumakov is also promoting the chance that the Omicron strain was artificially created.

Chumakov is a corresponding member of the Russian Academy of Sciences and is Head of the Cell Proliferation Laboratory at the V.A. Engelhardt RAS.

During a recent interview with Radio Russia, the virus expert told listeners that other specialists cannot explain how the strain suddenly appeared on its own.

“This is not just a mutation,” he said. “It was they who collected all the mutations that were known that were already encountered in this virus spontaneously, that is, when it evolved … They collected all these mutations in one strain, moreover, they also introduced there an insert of three amino acids that are characteristic of the coronavirus season. Nobody can explain how it could arise independently in this strain.”

Chumakov insinuated the British released the virus in order to bring the pandemic to a halt, saying, “I believe it is so that these are the British. We decided to end the pandemic now, because now the time has come for some decisive changes in the world.”

Backing his theory that the new strain was intentionally released for an overall good reason is the fact that Omicron turned out to be “super-attenuated”.

“Now just such a moment has come when, for some political reason, they decided to quickly wrap up the pandemic,” the virologist said of the weakened virus.

Chumakov’s brother, a leading researcher and head of the laboratory of the Vaccine Research and Analysis Department of the US Food and Drug Administration (FDA), recently told the ČEZ program the new strain could end the pandemic for good.

“It may even be good that this virus will sweep across the globe and the pandemic will end,” he said. “They do not have pneumonia, they recover in two to three days..”

This narrative coincides with a take by Ph.D. research scientist Dr. Houman Hemmati, who told Fox News last week that a weak Covid strain that is highly transmissible could help us get past the pandemic.

“All of a sudden, you can have a scenario where you have a large subset of the population, if not the entire population, who has gotten a mild version or even no version of the disease, but has developed antibodies and has resistance such that if there ever, later on, comes a more deadly variant, you’re protected,” he explained.

Meanwhile, other headlines covering Omicron claim the variant could combine with the Delta strain to form a super-mutant variant.

On Tuesday, the Chief Medical Officer of Moderna, Dr. Paul Burton, warned British politicians that Omicron and Delta may strike people at the same time, creating a super variant in the next few months.

Time will tell whether the seemingly manmade variant was released by “the good guys,” or if it was just another catalyst of the Great Reset.

Dr. Peter A. McCullough joined the Joe Rogan Experience to break down how the coronavirus crisis could have been mitigated had the government researched and administered early treatments.