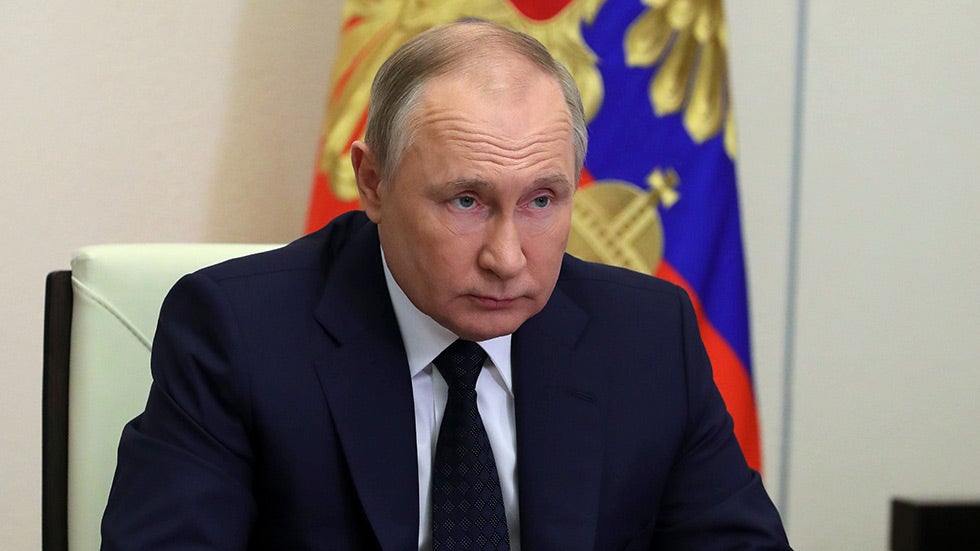 Some bad arguments just don’t die, even though they richly deserve to. One such argument is the claim — most recently made by Pope Francis, University of Chicago’s John Mearsheimer, and Columbia University’s Jeffrey Sachs — that NATO brought about the Russo-Ukrainian war because it steadfastly refused to preclude Ukraine’s membership. In other words, some contend, the war isn’t about Russia and Ukraine; it’s about stupid Western policy that compelled the Russians to attack and invade their neighbor.

There are at least nine compelling reasons for discarding this argument onto what the Soviets used to call the “ash heap of history” — and the sooner, the better. Nothing less than the survival of the West is at stake. Consider these:

1.    Everybody knew that Ukraine’s chances of joining NATO in the next two or more decades were nil. That includes the Americans, Europeans, Ukrainians and Russians. And since NATO membership was a non-starter for Ukraine, the chances of America’s basing ships in Ukrainian harbors or missiles on Ukraine’s eastern border were also nil.

2.    It’s public knowledge that the militaries of almost all NATO countries are in terrible shape, having been underfunded and ignored since the collapse of NATO’s archenemy, the USSR, in 1991. The notion that such a NATO posed a threat to Russian security was absurd, especially since the Russians had spent billions of dollars to modernize their armed forces.

3.    All it takes is a visit to Europe to appreciate that it’s virtually unimaginable for Europeans to send their soldiers to defend any of the East European NATO members, were they to be attacked by Russia. A 2017 poll of Europeans, asking whether they would be willing to fight for their own country if attacked, substantiates this point: 18 percent of Germans said yes, as did 20 percent of Italians, 21 percent of Spaniards, and 29 percent of French.

4.    And then there’s the infamous Article 5, which supposedly ensures that an attack on any member state will be met with a military response by the others. Not at all. Article 5 explicitly states: “The Parties agree that an armed attack against one or more of them … shall be considered an attack against them all and consequently they agree that, if such an armed attack occurs, each of them … will assist the Party or Parties so attacked by taking forthwith … such action as it deems necessary, including the use of armed force.” In other words, how one responds to an attack is a matter for individual states and what they deem necessary. Poland might send troops, while the Germans might organize a peace march and the French might hold a conference.

5.    On closer inspection, the claim that NATO, the West, and the United States compelled Russia to seek war with Ukraine presupposes an image of the Russians that makes no sense. The claim assumes that Russian leaders, a notoriously tough bunch, are actually highly sensitive, almost hysterical folks who respond to broken promises (about NATO enlargement) and absent promises (about Ukraine’s possible NATO membership), not by calculating their costs and benefits according to their specific utility calculus, but by responding emotionally, almost in a childish huff. Does anyone really believe that the Russians, and especially Vladimir Putin, respond to real or imagined slights by starting wars and embarking on genocide, just to get even with the West?

6.    It was Putin’s war against Ukraine that impelled Finland and Sweden to seek NATO membership. By the same token, it was Ukrainian fear of a Russian assault that led it to seek NATO membership. As the ongoing war has demonstrated, Ukrainian fears were fully justified. These fears were the product, not of paranoia, but of long historical experience of Russian aggression and exploitation, starting in the mid-17th century and continuing almost unabated until today. NATO membership may or may not have provided Ukraine with the security it sought, but it was symptomatic of Ukraine’s belief that it faced an existential threat.

7.    In their arguments, Mearsheimer, Sachs and the Pope ignore the blatant reality of Russia’s historical and contemporary imperialism, of the nature of Putin Russia’s political system, and of the imperialist-authoritarian political culture of Russia. It’s as if Russia were simply a passive actor that responds but never initiates. In this manner, they deprive Russia of agency, reduce its leaders to irrational children, and thereby manage to shift all the blame for the war from an infantile Russia to the paternalistic West.

8.    Muscovy has practiced imperialism since at least the 14th century; Peter the Great’s invention, the Russian Empire, continued in Muscovy’s footsteps. Two contributing reasons for this longstanding imperialism are Russia’s historical practice of dictatorship and its possession of a political culture that values aggressive behavior at home and abroad. Tyrants use expansion and aggression against foreigners as a means of legitimating their rule. Putin is no different in this regard from Peter the Great and Ivan the Terrible. An imperialist political culture facilitates expansion and aggression by making it seem normal and desirable, part of Russia’s historical destiny.

9.    Ukraine does pose a threat to Russia — not because it theoretically could become a NATO member in 2050, but because its very existence as a democratic state that wants to be independent of Russia and its myths threatens Russian imperialism, Russian authoritarianism, and Russian political culture. Putin and his propagandists have said as much, and there is no reason not to believe them. Their genocidal actions during the ongoing war only underscore this point.

Why ‘blameflation’ is not the answer to runaway pricing

First, the simplistic view of the world propagated by some is dangerously wrong and should be set aside. Second, the Russians are not children but coolly calculating adults with a deep commitment to territorial expansion, political dictatorship and societal control. And third, if Russia succeeds in occupying Ukraine, it will continue to expand, because its imperialist program, fascist political system and imperialist political culture necessitate and facilitate expansion. As the director of the Hermitage Museum succinctly put it, “We are all militarists and empire builders.”

Or, if Ukraine falls, Europe is next.

Alexander J. Motyl is a professor of political science at Rutgers University-Newark. A specialist on Ukraine, Russia and the USSR, and on nationalism, revolutions, empires and theory, he is the author of 10 books of nonfiction, as well as “Imperial Ends: The Decay, Collapse, and Revival of Empires” and “Why Empires Reemerge: Imperial Collapse and Imperial Revival in Comparative Perspective.”