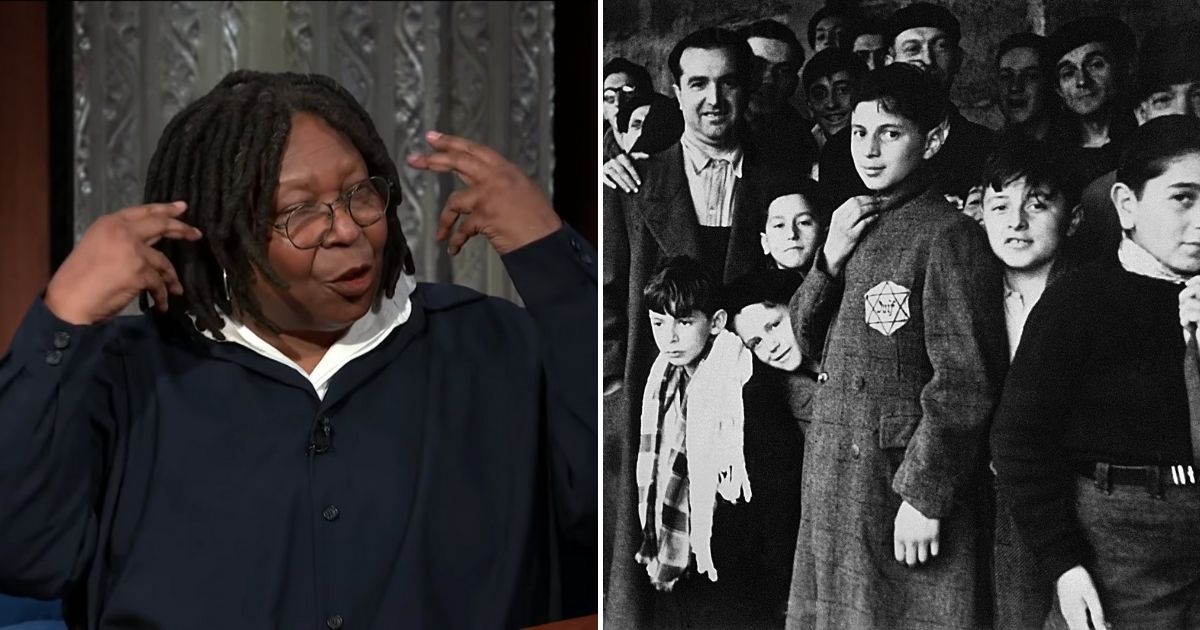 Whoopi Goldberg was roundly attacked for her inexplicable insistence that the Holocaust wasn’t about race on the Monday morning edition of ABC’s “The View.”

Following the avalanche of criticism that came her way, Goldberg posted an apology on Twitter.

She wrote, “On today’s show, I said the Holocaust ‘is not about race, but about man’s inhumanity to man.’ I should have said it is about both. As Jonathan Greenblatt from the Anti-Defamation League shared, ‘The Holocaust was about the Nazi’s systematic annihilation of the Jewish people — who they deemed to be an inferior race.’ I stand corrected.

“The Jewish people around the world have always had my support and that will never [waver]. I’m sorry for the hurt I have caused.”

She concluded with her “sincerest apologies.”

Goldberg should have left it at that. Instead, shortly after posting her apology, she appeared on The Late Show with Stephen Colbert, where her efforts at damage control backfired in a big way. As she tried to make the problem go away, her ignorant statements only made the situation worse.

She repeated her apology, telling Colbert, “It upset a lot of people, which was never, ever, ever, ever my intention.” Then she spent the next five minutes doubling down on the same comments that had caused the frenzy.

One got the distinct impression that, rather than feeling sincere remorse for her anti-Semitic remarks, Goldberg felt bad because her brand had been tarnished. It was all about her. She told Colbert, “I’m incredibly torn up by being told these things about myself.”

Goldberg falsely claimed that the Nazis “couldn’t tell who was Jewish. They had to delve deeply to figure it out. … They had to do the work.” This, of course, ignores the fact that Jews were forced to wear a yellow star of David on their clothes.

Goldberg offered up the following hypothetical situation to show why she feels the way she does: “If the Klan is coming down the street, and I’m standing with a Jewish friend — well, I’m gonna run. But if my friend decides not to run, they’ll get passed by most times because you can’t tell who’s Jewish.”

“I understand that not everybody sees it that way and that I did a lot of harm, I guess, to myself.” Again, it’s all about Whoopi and not about those whom she offended with her uninformed remarks.

“The Nazis lied,” she told Colbert in an authoritative tone of voice, as if she were teaching him something. “It wasn’t [about race]. They had issues with ethnicity, not with race. Because most of the Nazis were white people and most of the people they were attacking were white people. So to me, I’m thinking, ‘How can you say it’s about race if you are fighting each other?’”

Watch: Whoopi Goldberg Makes Insane Holocaust Comment That Will Leave Your Jaw on the Floor

It is clear from the interview that Goldberg’s position remains the same. She does not believe the Holocaust was about race. In her mind, only blacks have felt the sting of racism. Only blacks have been oppressed.

She is not sorry for her remarks; she regrets only the public condemnation that followed and its effect on her image.

For one who considers herself so savvy, Goldberg is pretty ignorant. She should spend an afternoon at a Holocaust museum to educate herself about the suffering the Jewish people endured at the hands of the Nazis.

Goldberg has earned all of the blowback that’s come her way.