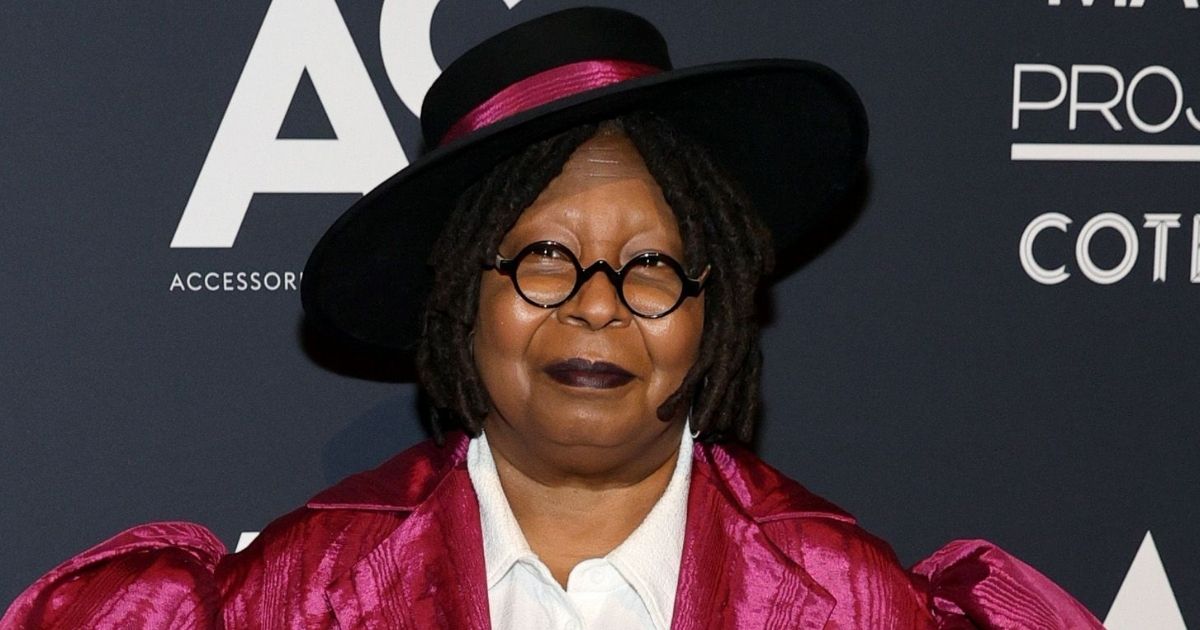 “The View” co-host Whoopi Goldberg’s insensitivity toward the Jewish people apparently dates back to at least the 1990s.

This week ABC placed the star on a two-week suspension after she claimed the Holocaust, which resulted in the deaths of six million Jews, was “not about race.”

As a brief refresher, Nazi German leader Adolf Hitler wanted to establish a master Aryan race. His plan included exterminating all the Jews, whom he viewed as “parasitic vermin,” according to the United States Holocaust Memorial Museum.

So it was very much about race.

However,  it was not the first time Goldberg has been called out for less-than-stellar statements about Jewish people.

In 1993, Whoopi Goldberg submitted a recipe for a celebrity cookbook titled ‘Jewish American Princess Fried Chicken’. The ADL slammed it as insulting and anti-Semitic. Her agent tried to justify it by claiming she was Jewish https://t.co/JRAHj31oLw

A Jewish American Princess is a pejorative stereotype of a Jewish American woman who is “portrayed as materialistic, selfish, and from a pampered or wealthy background,” according to TVtropes.org.

Should Goldberg have been suspended?

Goldberg’s chicken recipe reads: “Send chauffeur to your favorite butcher shop for the chicken (save the brown paper bag). Have your cook 1) Melt equal parts oil and butter 3/4 deep in skillet over moderate heat.

“2) Put flour, seasoned with remaining ingredients, into brown paper bag. 3) Rinse chicken parts and place in bag. Then you tightly close top of bag (watch your nails) and shake 10 times.

“Hand bag to Cook, go dress for dinner. While you dress, have Cook preheat oven to 350 degrees and brown chicken slowly in skillet. When evenly browned, have Cook place chicken in dish in oven. Have Cook prepare rest of meal while you touch up your makeup.”

And the recipe concluded, “In about half an hour, voila! Dinner is served! You must be exhausted.”

Abraham Foxman, the national director of the Anti-Defamation League at the time, didn’t find her recipe funny, the Jewish Telegraph Agency reported.

Whoopi Goldberg Goes on TV to Save Face After Holocaust Slip, Says Something Even Worse in Car Crash Interview

“It’s a lousy recipe with insensitive and anti-Semitic ingredients. Whoopi should know better,” he said.

Goldberg’s publicist, Brad Cararelli responded to the controversy telling the New York Daily News that “maybe [the critics] are not aware that Whoopi is Jewish, so she is certainly not anti-Semitic.”

In 1994, Goldberg mentioned her Jewish heritage in an interview with The Orlando Sentinel, explaining her “Jewish American princess fried chicken” recipe was meant to be tongue-in-cheek.

“I am a Jewish-American princess,” she told the news outlet. “That’s probably what bothers people most. It’s not my problem people are uncomfortable with the fact that I’m Jewish.”

Three years later, in 1997, Goldberg, whose birth name is Caryn Johnson, made clear she does not practice the Jewish faith, but once again stated she has Jewish ancestry.

“My family is Jewish, Buddhist, Baptist and Catholic — none of which I subscribe to, by the way, as I don’t believe in man-made religions – so I took the last name for a Jewish ancestor. And I happen to be gaseous, which explains the first name, short for whoopee cushion,” she told The Baltimore Sun.

The Daily Mail reported, “Whoopi has told in the past of choosing her stage name and Goldberg because her mother thought it would ‘get it further in Hollywood.’”

Journalist Eve Barlow told the news outlet that notion plays into two anti-Semitic tropes: that Jews ‘run’ Hollywood and they help each other to get jobs.

“We know the story of the origin of Whoopi Goldberg’s surname. She had ingested this very popular idea among people who come from the school of thought of Louis Farrakhan and the Black Hebrew Israelites that the Jews run Hollywood,” Barlow said.

“She changed her name to Goldberg because she thought it would open more doors for her in Hollywood,” she added.

Interestingly, Goldberg did not mention her Jewish ancestry when she apologized for her controversial Holocaust comments on “The Late Show With Stephen Colbert” Monday night, nor on “The View” the following day.

Goldberg said that people misunderstood her words and that she is not anti-Semitic, nor a Holocaust denier.

She also tried to draw the distinction between race and ethnicity, saying that since both the Germans and the Jewish people are white, she really did not see the Holocaust as a racial issue.

“I understand that everyone doesn’t see it this way,” Goldberg said.

On Tuesday’s “The View,” she stated, “So yesterday on our show, I misspoke.”

“I said that the Holocaust wasn’t about race and it was instead about man’s inhumanity to man. But it is indeed about race, because Hitler and the Nazis considered the Jews to be an inferior race.

“Now, words matter and mine are no exception. I regret my comments as I said and I stand corrected. I also stand with the Jewish people, as they know, and as you all know because I’ve always done that,” Goldberg said.

“I misspoke.” Whoopi Goldberg apologizes for saying that the Holocaust “wasn’t racist”. pic.twitter.com/RrXfFEyzWa

Let’s take Goldberg at her word: that she sincerely apologizes for misspeaking about the Holocaust.

But she does have a history of traveling into anti-Semitic territory.