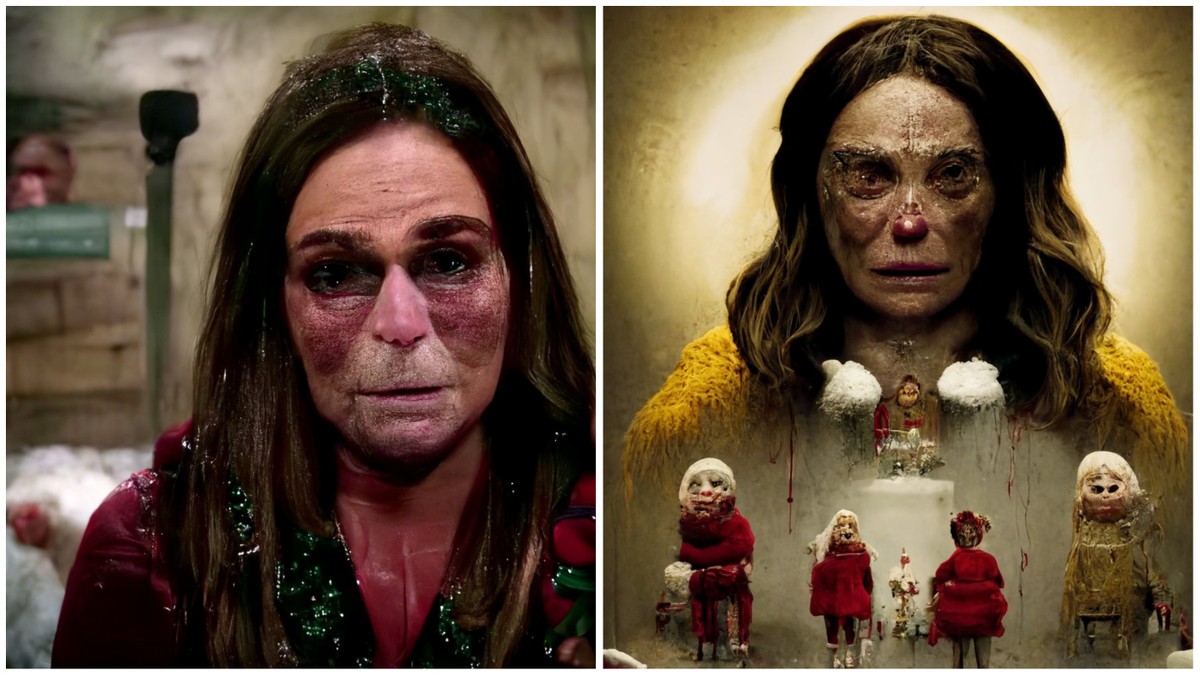 AI image generators like DALL-E and Midjourney have become an especially buzzy topic lately, and it’s easy to see why. Using machine learning models trained on billions of images, the systems tap into the allure of the black box, creating works that feel both alien and strangely familiar.

Naturally, this makes fertile ground for all sorts of AI urban legends, since nobody can really explain how the complex neural networks are ultimately deciding on the images they create. The latest example comes from an AI artist named Supercomposite, who posted disturbing and grotesque generated images of a woman who seems to appear in response to certain queries.

The woman, whom the artist calls “Loab,” was first discovered as a result of a technique called “negative prompt weights,” in which a user tries to get the AI system to generate the opposite of whatever they type into the prompt. To put it simply, different terms can be “weighted” in the dataset to determine how likely they will be to appear in the results. But by assigning the prompt a negative weight, you essentially tell the AI system, “generate what you think is the opposite of this prompt.”

In this case, using a negative-weight prompt on the word “Brando” generated the image of a logo featuring a city skyline and the words “DIGITA PNTICS.” When Supercomposite used the negative weights technique on the words in the logo, Loab appeared.

“Since Loab was discovered using negative prompt weights, her gestalt is made from a collection of traits that are equally far away from something,” Supercomposite wrote in a thread on Twitter. “But her combined traits are still a cohesive concept for the AI, and almost all descendent images contain a recognizable Loab.”

The images quickly went viral on social media, leading to all kinds of speculation on what may be causing the unsettling phenomenon. Most disturbingly, Supercomposite claims that generated images derived from the original image of Loab almost universally veer into the realm of horror, graphic violence, and gore. But no matter how many variations were made, the images all seem to feature the same terrifying woman.

“Through some kind of emergent statistical accident, something about this woman is adjacent to extremely gory and macabre imagery in the distribution of the AI’s world knowledge,” Supercomposite wrote.

It’s unclear which AI tool were used to generate the images, and Supercomposite declined to elaborate when reached via Twitter DM.

“I can’t confirm or deny which model it is for various reasons unfortunately! But I can confirm Loab exists in multiple image generation AI models,” Supercomposite told Motherboard.

Is Loab some kind of presence within the system, whispers from the AI’s datasets given human form? Or is she just AI smoke and mirrors, born of our human desire to see patterns in the noise?

Unfortunately, it’s practically impossible to know exactly what’s going on here. Image-generating AI systems use models that are trained on billions of images, and they are way too complex to work out why they arrive at certain results. Ironically, this is precisely why AI ethicists have warned against the use of large language models like the kind used by DALL-E: they are simply too big, and their results too unpredictable, to reliably prevent harmful results.

It may not be possible to work out how or why AI models generate disturbing anomalies like Loab, but that’s also part of their intrigue. More recently, another group of AI artists claimed to discover a “hidden language” in DALL-E, but attempts to replicate the findings proved mostly unsuccessful.

For now, these phenomena function like a type of AI era creepypasta—fascinating and terrifying us from just beyond the edge of our understanding.