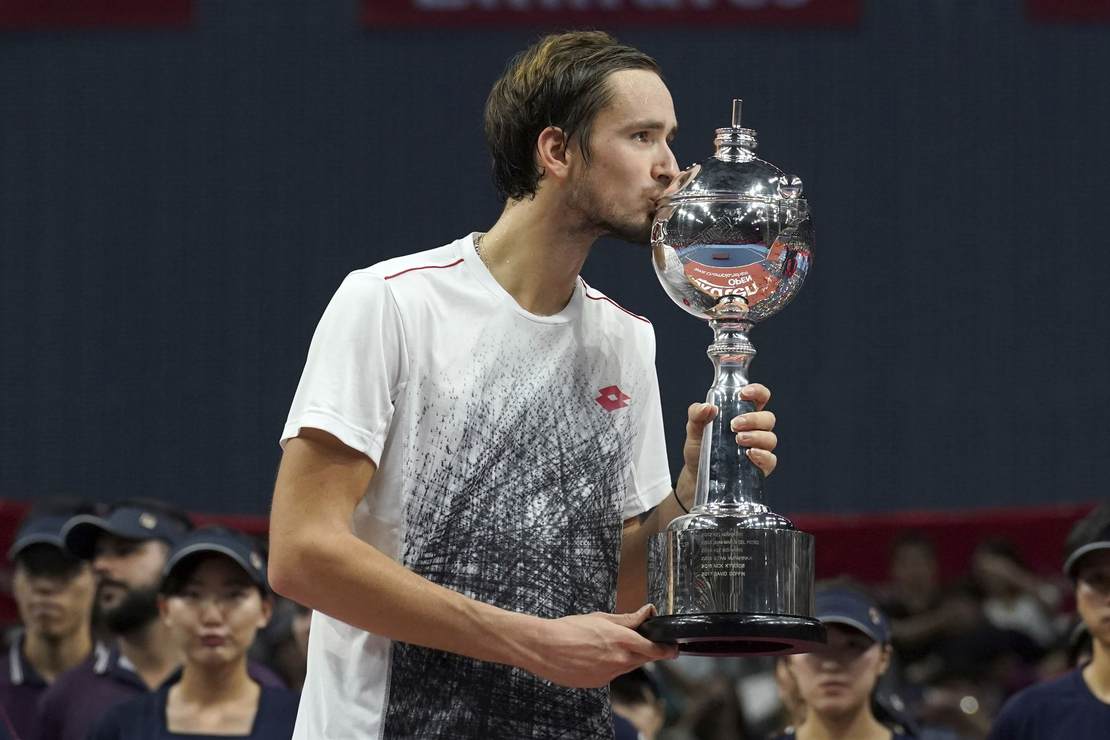 I can’t understand how this can be justified morally.

It’d be bad enough if Wimbledon forced Russian and Belarusian players to state that they’re anti-war as a condition to playing. That would set a precedent that would be abused for less compelling political causes in the future and would force the players to make an agonizing choice. If they refuse to speak up, they’re banned from the tournament and derided as Putin supporters. If they do speak up, they get to play but then have to worry about their families being terrorized by the Russian or Belarusian governments.

News broke last month that the tournament’s organizers were considering forcing participants to take an anti-war pledge — but only participants from Russia and Belarus, it seems, another glaring bit of unfairness in this scheme. In theory, it would have been fine with Wimbledon if you’re pro-Putin and support Russian war crimes as long as you’re not Russian or Belarusian yourself.

Today brings news, though, that they’re doing away the pledge idea and just … banning Russian and Belarusian players, whatever their politics might be. Pure discrimination based on nationality, in other words.

Given the profile of The Championships in the United Kingdom and around the world, it is our responsibility to play our part in the widespread efforts of Government, industry, sporting and creative institutions to limit Russia’s global influence through the strongest means possible.

In the circumstances of such unjustified and unprecedented military aggression, it would be unacceptable for the Russian regime to derive any benefits from the involvement of Russian or Belarusian players with The Championships.

It is therefore our intention, with deep regret, to decline entries from Russian and Belarusian players to The Championships 2022.

What “benefits” would the Russian regime derive from a Russian player winning a tournament in his individual capacity rather than as part of a national team? Here’s the number-eight player in the world, Russian Andrei Rublev, not long ago. You think the Kremlin would be keen to honor him if he won Wimbledon?

Wimbledon banning this guy who was one of the first Russians to speak out against the war and has multiple times only strengthens Putin in Russiapic.twitter.com/bi9TzXnSow

A Rublev victory might actually embarrass Moscow given his anti-war stance. The number-two player in the world, Daniil Medvedev, is also Russian and has also called for peace, albeit cautiously. “Do you think Putin gives a s— about tennis?” said one player to SI’s Jon Wertheim.

Ukrainian players past and present seem to like the idea of a ban, with one saying that “Russians are accountable for actions of their country, army and the leaders they choose for 20 years.” Another pointed to “collective guilt,” adding, “It cannot just be a sanction against 90 percent of the Russian people and 10 percent not.” It’s true that the west has embraced the ethos of collective guilt to some degree in punishing Russia for the war, most obviously in the financial sanctions against Russian banks that are destined to drive down Russia’s standard of living. On the other hand, only a select few Russians have been sanctioned individually, basically just leadership, their families, and oligarchs. How should professional tennis mirror a policy like that?

I think it’s simple. Russians can be punished collectively by pulling all events from Russian territory. The WTA has already set that standard admirably by canceling its events in China after Chinese tennis star Peng Shuai was disappeared by the regime. Individual Russian players should still be eligible to play in western events, however, just as nearly all Russian citizens remain unsanctioned as individuals by western countries.

Any other policy is indefensible, writes Wertheim, peering into his crystal ball:

Wimbledon has essentially said that individual athletes—who may no longer even be residing, much less voting, in their country of nationality—can be punished for acts of that country’s leader. And this is not banning a Russian soccer or biathlon team from competition, nor is it making athletes compete under a neutral flag. This is the banning of independent contractors, none of whom compete with funding from their countries of origin.

And what then, of players from a country that, say, executes a genocide against a Muslim minority? Or carries out other human rights abuses that Wimbledon deems offensive? Or players of one sovereign country that invades another sovereign country on bogus grounds of seeking weapons of mass destruction?

Under the Wimbledon standard, instead of going to bat for Peng Shuai, professional tennis should be kicking her out of the sport as punishment for Beijing’s crimes in Xinjiang. What Wertheim describes is the tennis equivalent of online content moderation: Once you deem a particular offense out of bounds and worthy of expulsion, you’re forever left having to explain why other offenses do or don’t cross the line.

A lawsuit might be coming. “Discrimination based on nationality also constitutes a violation of our agreement with Wimbledon that states that player entry is based solely on ATP rankings. Any course of action in response to this decision will now be assessed in consultation with our board and member councils,” said the ATP Tour in a statement today, adding that the new policy a “damaging precedent.” I hope they win.