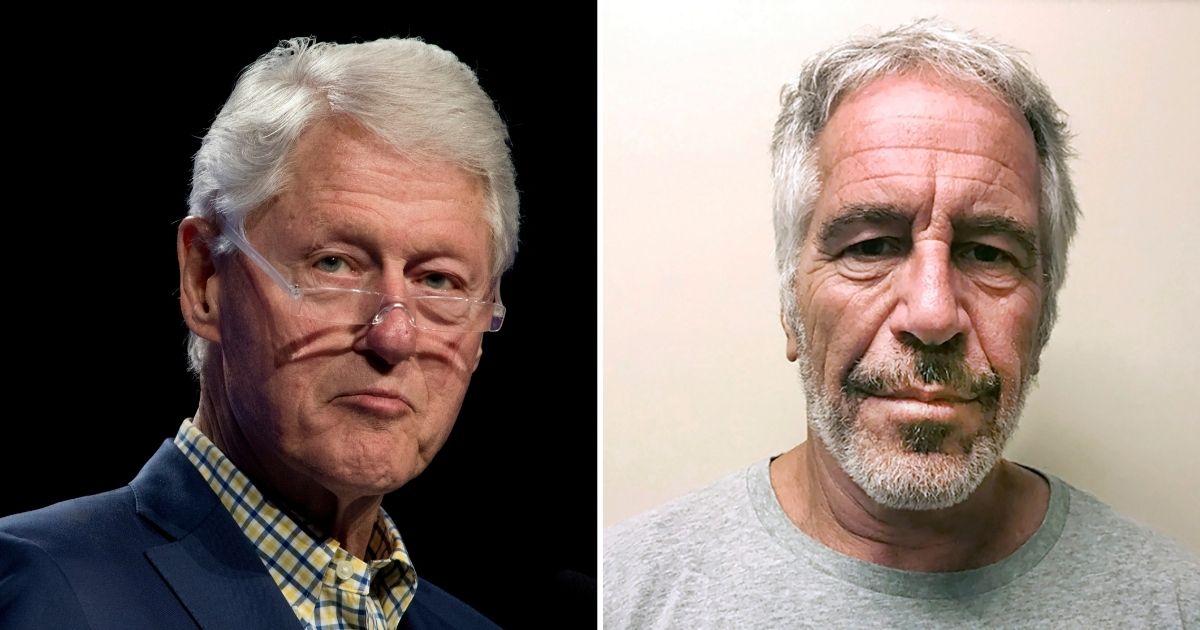 Bill Clinton flew on what has been dubbed Jeffery Epstein’s “Lolita Express” at least 26 times over a two year period, according to Epstein’s public flight logs.

Underage girls were with Clinton on many of the flights, according to the Gateway Pundit.

Epstein was found dead in his jail cell on in August 2019. However, his former girlfriend. Ghislaine Maxwell, is currently on trial for the sex-trafficking of minors and perjury.

The question arises: Why hasn’t Bill Clinton been called as a witness in Maxwell’s trial? He obviously has information concerning Maxwell, Epstein and the underage girls on the flights.

There’s a lot of talk about social justice these days. “No justice, no peace,” is a slogan commonly employed by BLM and the like. These groups rioted, burned buildings and destroyed lives and livelihoods during the summer of 2020.

Man Makes Shocking Admission Just Before Being Put to Death

Another question arises: Where are the social justice warriors now?

Sexually exploiting minors is a heinous crime. The perpetrators of these acts forever destroy the hopes and dreams of their victims. What is lost to them can never be found. These victims embody the immortal words of W.B. Yeats: “The ceremony of innocence is drowned.”

Are members of the “elite class” above the law?

When so-called elites — people with power — sexually exploit minors, they prove themselves to be the black heart of evil. They must be brought to justice, even when they consider themselves to be above the law.

Bill Clinton was not the only elite on the Lolita Express. Kevin Spacey, Chris Tucker, Prince Andrew, Donald Trump, Bill Gates and numerous others were passengers as well, according to Newsweek. This does not mean that any of these people necessarily exploited minors.  They are innocent until proven guilty. That is the American way of justice.

All of these passengers, however, have information that may be pertinent to the Maxwell case. Why aren’t they being called as witnesses? Are they truly above the law?

Sexual exploitation of minors is the worst kind of social injustice. Unfortunately, it is alive and well in the U.S.

According to The Refuge, “an estimated 79,000 young adults and minors have been sex trafficked in Texas.” That’s just in Texas.

Coincidence? Look What Happened in the Clinton Foundation After Hillary and Bill Left Presidential Politics

Where are the social justice leaders? Are they too busy rewriting American history, as in the 1619 Project, to take to the streets? Maybe they are out tearing down statues and don’t have the fortitude to deal with the living horrors taking place under their noses.

Instead of hating America, the social justice movement should focus on human slavery. Their silence on the subject is telling, to say the least.

For many, including me, it often feels like the world is falling apart. Yeats seems like a prophet in his poem “The Second Coming.”

“Mere anarchy is loosed upon the world,

The blood-dimmed tide is loosed, and everywhere

The ceremony of innocence is drowned;

The best lack all conviction, while the worst

Are full of passionate intensity.

Surely some revelation is at hand;

Surely the Second Coming is at hand.

It is time for those whose convictions are founded upon the best of Western culture to call forth a passionate intensity and combat the evils that men do.

BLM and its ilk are right about one thing: Social injustice abounds. We need real social justice warriors to turn the tide, not Marxists playing the part of virtue signaling ideologues.

Social justice will prevail only when there is equal justice under the law. Far too often the powerful escape justice as the powerless pay for their sins.