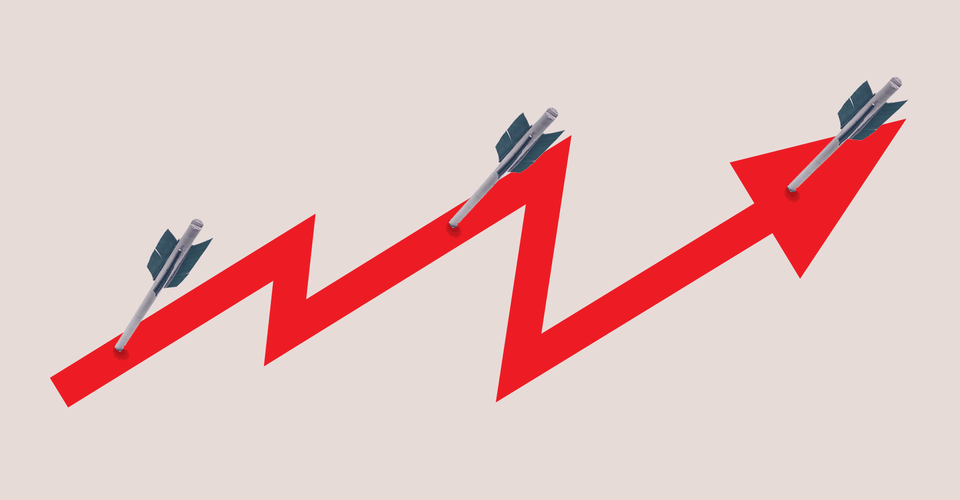 During a lecture in my Modern Political Economy class this fall, I explained—as I have to many students over the course of four decades in academia—that capitalism’s adaptation to globalization and technological change had produced gains for all of society. I went on to say that capitalism has been an engine of wealth creation and that corporations seeking to maximize their long-term shareholder value had made the whole economy more efficient. But several students in the crowded classroom pushed back. “Capitalism leaves many people and communities behind,” one student said. “Adam Smith’s invisible hand seems invisible because it’s not there,” declared another.

I know what you’re thinking: For undergraduates to express such ideas is hardly news. But these were M.B.A. students in a class that I teach at Columbia Business School. For me, those reactions took some getting used to. Over the years, most of my students have eagerly embraced the creative destruction that capitalism inevitably brings. Innovation and openness to new technologies and global markets have brought new goods and services, new firms, new wealth—and a lot of prosperity on average. Many master’s students come to Columbia after working in tech, finance, and other exemplars of American capitalism. If past statistics are any guide, most of our M.B.A. students will end up back in the business world in leadership roles.

If these students are harboring doubts about the free market, business leaders need to take notice. An economy open to change depends on public support; voters need to believe that the system of private enterprise works to broad benefit. But many Millennial and Generation Z Americans have come of age amid dislocations that give even M.B.A. students pause about capitalism.

The more I thought about it, the more I could see where my students were coming from. Their formative years were shaped by the turbulence after 9/11, the global financial crisis, the Great Recession, and years of debate about the unevenness of capitalism’s benefits across individuals. They are now witnessing a pandemic that caused mass unemployment and a breakdown in global supply chains. Corporate recruiters are trying to win over hesitant students by talking up their company’s “mission” or “purpose”—such as bringing people together or meeting one of society’s big needs. But these gauzy assertions that companies care about more than their own bottom line are not easing students’ discontent.

Over the past four decades, many economists—certainly including me—have championed capitalism’s openness to change, stressed the importance of economic efficiency, and urged the government to regulate the private sector with a light touch. This economic vision has yielded gains in corporate efficiency and profitability and lifted average American incomes as well. That’s why American presidents from Ronald Reagan to Barack Obama have mostly embraced it.

Zachary Karabell: Capitalism doesn’t have to be this way

Yet even they have made exceptions. Early in George W. Bush’s presidency, when I chaired his Council of Economic Advisers, he summoned me and other advisers to discuss whether the federal government should place tariffs on steel imports. My recommendation against tariffs was a no-brainer for an economist. I reminded the president of the value of openness and trade; the tariffs would hurt the economy as a whole. But I lost the argument. My wife had previously joked that individuals fall into two groups—economists and real people. Real people are in charge. Bush proudly defined himself as a real person. This was the political point that he understood: Disruptive forces of technological change and globalization have left many individuals and some entire geographical areas adrift.

In the years since, the political consequences of that disruption have become all the more striking—in the form of disaffection, populism, and calls to protect individuals and industries from change. Both President Donald Trump and President Joe Biden have moved away from what had been mainstream economists’ preferred approach to trade, budget deficits, and other issues.

Economic ideas do not arise in a vacuum; they are influenced by the times in which they are conceived. The “let it rip” model, in which the private sector has the leeway to advance disruptive change, whatever the consequences, drew strong support from such economists as Friedrich Hayek and Milton Friedman, whose influential writings showed a deep antipathy to big government, which had grown enormously during World War II and the ensuing decades. Hayek and Friedman were deep thinkers and Nobel laureates who believed that a government large enough for top-down economic direction can and inevitably will limit individual liberty. Instead, they and their intellectual allies argued, government should step back and accommodate the dynamism of global markets and advancing technologies.

But that does not require society to ignore the trouble that befalls individuals as the economy changes around them. In 1776, Adam Smith, the prophet of classical liberalism, famously praised open competition in his book The Wealth of Nations. But there was more to Smith’s economic and moral thinking. An earlier treatise, The Theory of Moral Sentiments, called for “mutual sympathy”—what we today would describe as empathy. A modern version of Smith’s ideas would suggest that government should play a specific role in a capitalist society—a role centered on boosting America’s productive potential (by building and maintaining broad infrastructure to support an open economy) and on advancing opportunity (by pushing not just competition but also the ability of individual citizens and communities to compete as change occurs).

The U.S. government’s failure to play such a role is one thing some M.B.A. students cite when I press them on their misgivings about capitalism. Promoting higher average incomes alone isn’t enough. A lack of “mutual sympathy” for people whose career and community have been disrupted undermines social support for economic openness, innovation, and even the capitalist economic system itself.

The United States need not look back as far as Smith for models of what to do. Visionary leaders have taken action at major economic turning points; Abraham Lincoln’s land-grant colleges and Franklin Roosevelt’s G.I. Bill, for example, both had salutary economic and political effects. The global financial crisis and the coronavirus pandemic alike deepen the need for the U.S. government to play a more constructive role in the modern economy. In my experience, business leaders do not necessarily oppose government efforts to give individual Americans more skills and opportunities. But business groups generally are wary of expanding government too far—and of the higher tax levels that doing so would likely produce.

My students’ concern is that business leaders, like many economists, are too removed from the lives of people and communities affected by forces of change and companies’ actions. That executives would focus on general business and economic concerns is neither surprising nor bad. But some business leaders come across as proverbial “anywheres”—geographically mobile economic actors untethered to actual people and places—rather than “somewheres,” who are rooted in real communities.

This charge is not completely fair. But it raises concerns that broad social support for business may not be as firm as it once was. That is a problem if you believe, as I do, in the centrality of businesses in delivering innovation and prosperity in a capitalist system. Business leaders wanting to secure society’s continuing support for enterprise don’t need to walk away from Hayek’s and Friedman’s recounting of the benefits of openness, competition, and markets. But they do need to remember more of what Adam Smith said.

As my Columbia economics colleague Edmund Phelps, another Nobel laureate, has emphasized, the goal of the economic system Smith described is not just higher incomes on average, but mass flourishing. Raising the economy’s potential should be a much higher priority for business leaders and the organizations that represent them. The Business Roundtable and the Chamber of Commerce should strongly support federally funded basic research that shifts the scientific and technological frontier and applied-research centers that spread the benefits of those advances throughout the economy. Land-grant colleges do just that, as do agricultural-extension services and defense-research applications. Promoting more such initiatives is good for business—and will generate public support for business. After World War II, American business groups understood that the Marshall Plan to rebuild Europe would benefit the United States diplomatically and commercially. They should similarly champion high-impact investment at home now.

To address individual opportunity, companies could work with local educational institutions and commit their own funds for job-training initiatives. But the U.S. as a whole should do more to help people compete in the changing economy—by offering block grants to community colleges, creating individualized reemployment accounts to support reentry into work, and enhancing support for lower-wage, entry-level work more generally through an expanded version of the earned-income tax credit. These proposals are not cheap, but they are much less costly and more tightly focused on helping individuals adapt than the social-spending increases being championed in Biden’s Build Back Better legislation are. The steps I’m describing could be financed by a modestly higher corporate tax rate if necessary.

My M.B.A. students who doubt the benefits of capitalism see the various ways in which government policy has ensured the system’s survival. For instance, limits on monopoly power have preserved competition, they argue, and government spending during economic crises has forestalled greater catastrophe.

They also see that something is missing. These young people, who have grown up amid considerable pessimism, are looking for evidence that the system can do more than generate prosperity in the aggregate. They need proof that it can work without leaving people and communities to their fate. Businesses will—I hope—keep pushing for greater globalization and promoting openness to technological change. But if they want even M.B.A. students to go along, they’ll also need to embrace a much bolder agenda that maximizes opportunities for everyone in the economy.

This piece is adapted from Hubbard’s book The Wall and the Bridge: Fear and Opportunity in Disruption’s Wake.