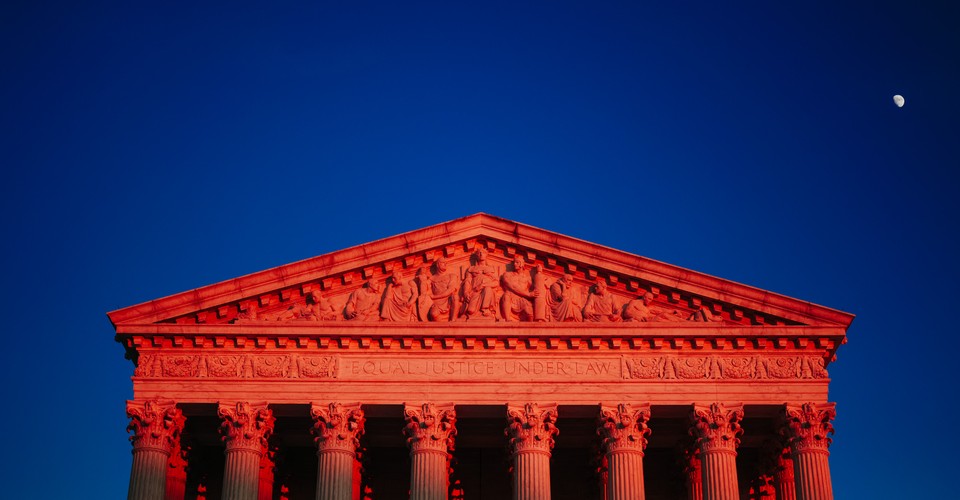 Gavin Newsom wants to believe that what’s good for Texas is good for California. Shortly after the conservative majority on the Supreme Court allowed a narrow challenge to Texas’s anti-abortion law to go forward while the law remains in force, the Golden State governor vowed that he would pursue passage of gun restrictions modeled on the Texas law’s unusual structure.

“If that’s the precedent then we’ll let Californians sue those who put ghost guns and assault weapons on our streets,” Newsom tweeted last week. “If TX can ban abortion and endanger lives, CA can ban deadly weapons of war and save lives.”

Texas’s anti-abortion law is unusual because it delegates enforcement to the public rather than to state officials—an approach designed to shield it from judicial review. The statute bans abortion after six weeks, before most women know they are pregnant, and allows private citizens to sue anyone who “aids or abets” an abortion to the tune of $10,000. The law encourages Texans to invade the most intimate details of one another’s private life in pursuit of a big payday. Fear of litigation has already closed most abortion clinics in the state and forced women to cross state lines for treatment. The Supreme Court’s 1973 decision in Roe v. Wade held that women have a constitutional right to decide whether to carry a pregnancy to term; the Texas law both violates that right and essentially nullifies the landmark ruling.

Jill Filipovic: The Texas abortion law is backfiring on the people who pushed it through

The majority opinion in the Texas case practically invites Democratic-controlled states to try what Newsom promises. “This Court has always required proof of a more concrete injury and compliance with traditional rules of equitable practice,” the Trump-appointed Justice Neil Gorsuch wrote. “​​The Court has consistently applied these requirements whether the challenged law in question is said to chill the free exercise of religion, the freedom of speech, the right to bear arms, or any other right. The petitioners are not entitled to a special exemption.”

The legal dispute between the justices comes down to whether certain Texas state officials are proper defendants who can be sued under the law, given its unusual structure. Five of the conservative justices say no, insisting prior precedents bar such a remedy. Chief Justice John Roberts and the three Democratic appointees disagree, with Roberts pointing out that “any novelty in this remedy is a direct result of the novelty of Texas’s scheme,” and that leaving the law in place rewards Texas for conspiring to violate its residents’ constitutional rights. For this reason, Roberts, no friend to abortion rights, wrote in his dissent that “the nature of the federal right infringed does not matter; it is the role of the Supreme Court in our constitutional system that is at stake.”

Blue states that try to apply the Texas framework to guns, though, will find themselves in a very different legal landscape than red states banning abortion. The fear of litigation was sufficient to close most abortion clinics in Texas in part because the Court’s majority has telegraphed its skepticism of the idea that the state cannot tell a woman when to bear a child. Gun-rights activists need have no such fear; the Court’s majority is on their side.

This is why the justices in the majority are so cavalier about rewarding the schemes of conservative activists to nullify constitutional rights. They are in the majority. They can say one thing now, and another thing later. These five justices can direct the destiny of the nation as they choose, without having to worry about reciprocation, because they can decide how legal principles are applied, or, if they choose, simply throw them out and invent new ones.

Anyone who has paid a modicum of attention to the Court and whose interests are not reliant on its prestige and reputation can already see this clearly. The Court’s majority believes it is unconstitutional for a state to bar counselors in anti-abortion “crisis pregnancy centers” from lying to clients, but entirely constitutional to force doctors to attempt to dissuade women from seeking an abortion if they want one. It is a majority that believes the executive has nigh-unreviewable foreign-policy powers, unless there’s a harsh anti-immigration policy that it would like to keep in place. It is a majority that believes it is bigotry to question the sincerity of religious conservatives demanding a right to discriminate, and folly not to demand such proof from the condemned. It is a majority that believes “there is no right more basic in our democracy than the right to participate in electing our political leaders,” unless those political leaders decide that certain votes should not count as much or that particular voters should be kept from the ballot box.

No two cases, like no two fallen leaves, are exactly the same. There are always distinct legal issues and discrete facts the majority can use to distinguish cases that involve rights they want to protect and those they don’t consider important—or more specifically, parties they wish to favor and those they wish to deny.

Mary Ziegler: The Court invites an era of constitutional chaos

This is why Gorsuch was so cavalier in inviting blue-state governors like Newsom to try their best. Just Monday, Gorsuch, joined by Justice Samuel Alito, fumed that New York Governor Kathy Hochul’s remarks about the state’s vaccine mandate for health-care workers indicate that the policy “exudes” prejudice toward religious groups; when upholding Donald Trump’s anti-Muslim travel ban, Gorsuch joined Roberts’s decision arguing that the president’s statements were irrelevant because religion was unmentioned in the text of the order. The Court’s conservative majority is playing constitutional Calvinball, in which it’s never too late to change the rules. Knowledge of Fox News shibboleths likely offers better guidance as to the majority’s thinking than mastery of prior legal precedent.

In her dissent, Justice Sonia Sotomayor compared the majority’s reasoning to pre–Civil War doctrines of state nullification, which she noted helped pave the route to that conflict. Gorsuch sniffed that Sotomayor’s argument “wildly mischaracterizes the impact of today’s decision” and “cheapens the gravity of past wrongs.”

Notably, Gorsuch saw nothing equally offensive in Alito’s comparison of Roe to the Plessy v. Ferguson decision, which legalized Jim Crow segregation—Plessy was a bad decision because it allowed states to nullify the Fourteenth Amendment; it was Sotomayor’s accurate historical analogy that drew an offended rebuke. Gorsuch’s smarm mirrors and foreshadows the majority’s jurisprudence, for which the rules are arbitrary and apply only when and where the majority wishes them to.

This is why the majority is unconcerned with Sotomayor’s warning that “the dispute is over whether States may nullify federal constitutional rights by employing schemes like the one at hand.” The Trumpist majority will settle such disputes as it wishes, and therefore has nothing to fear from turnabout. After all, it gets to decide what is fair play.