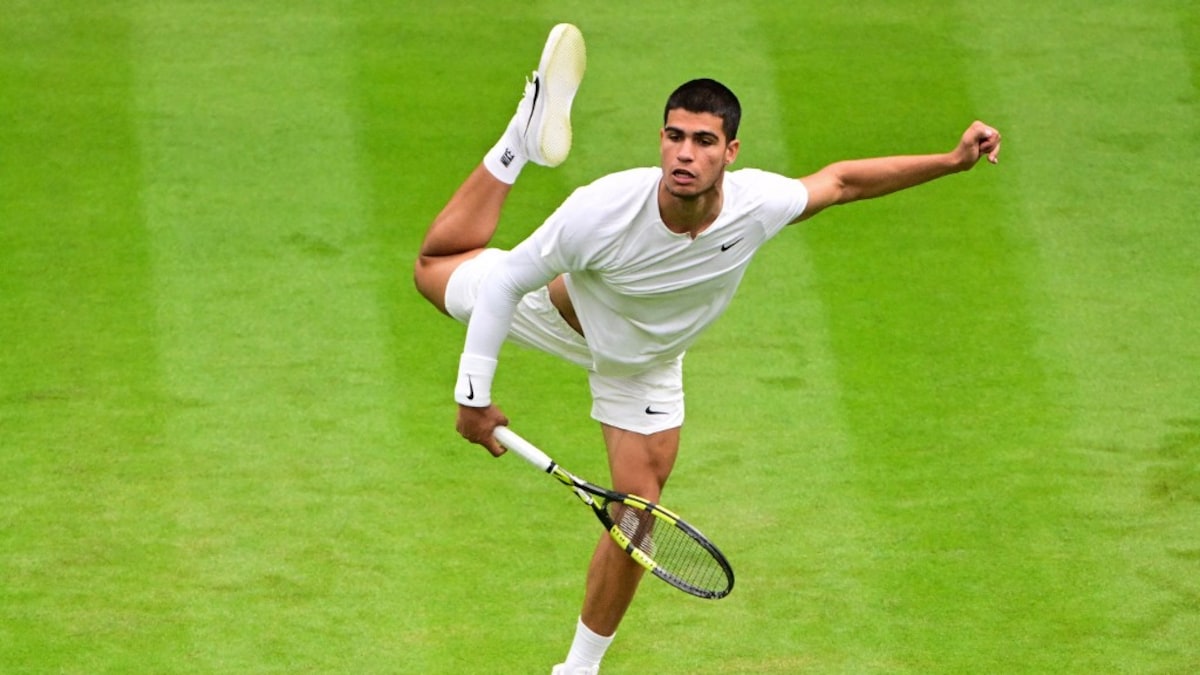 Carlos Alcaraz entered second round of Wimbledon on Monday© AFP

Alcarez, the youngest man in the draw, next faces either Italy’s Fabio Fognini or Tallon Griekspoor of the Netherlands.