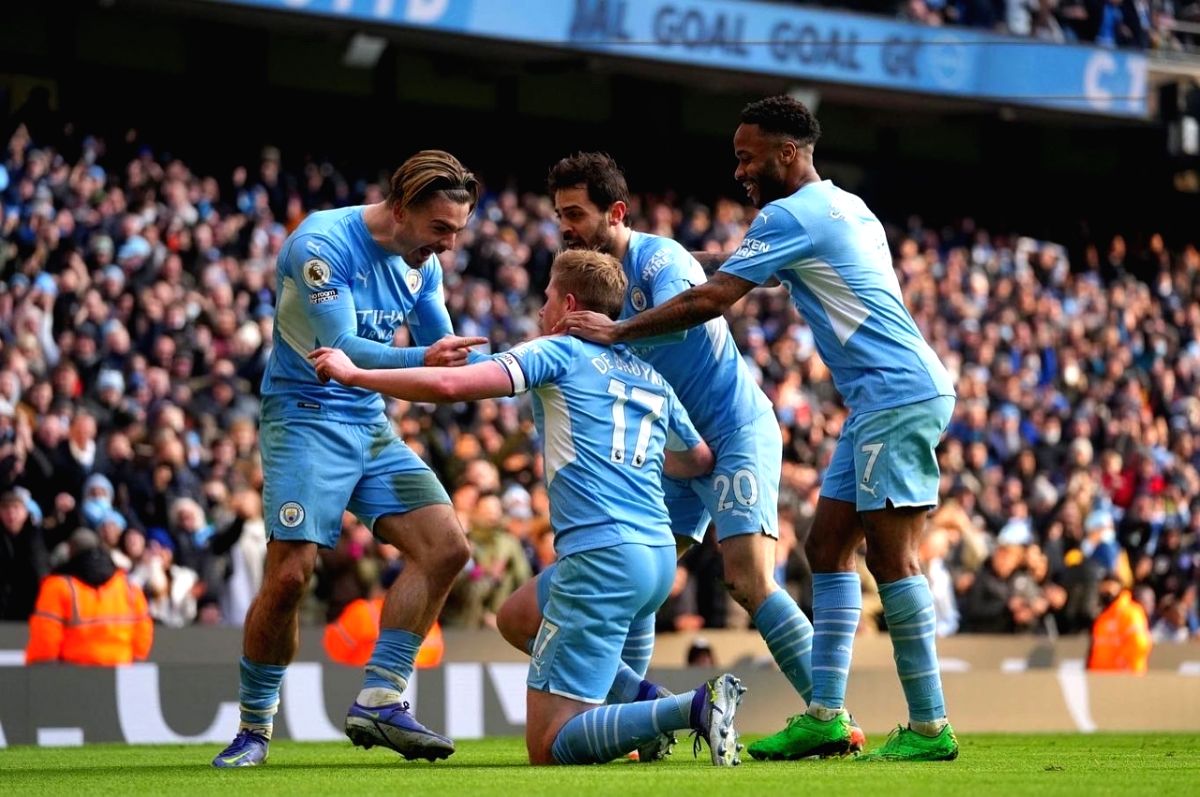 New Delhi, Jan 15 : It looks like the title race in England is all but over as league leader, Manchester City beat second-placed Chelsea to extend their lead to 13 points.

The match saw both Jack Grealish and Phil Foden in the starting XI which is likely a sign of faith from manager Pep Guardiola, who had dropped the duo from a league game against Newcastle United after they had been spotted on a night out amid the rise of Covid-19 in England.

While the duo has been in and out of the line-up since then starting them in such a crucial game shows that the issue between the two players and Guardiola has been probably resolved.

It was a tactical chess match from the very start with both sides not giving the other many chances with the first-half being quite uneventful as the only real chance for Manchester City was a saved attempt by Grealish on the 39th minute while Chelsea could not even muster a single shot.

The second half continued much in the same way but the brilliant Belgian Kevin De Bruyne broke the deadlock on the 70th minute after a wonderful long-range strike.

The goal came as a result of Chelsea goalkeeper Kepa Arrizabalaga erroneously kicking the ball high up the pitch showing that in such a high-level match even a slight lapse of judgment will be punished harshly.

While Thomas Tuchel’s Chelsea are no doubt brilliantly-coached, City showed why they have been so dominant in the league as even against a team of this calibre they completely dominated the ball having 55.9% possession.

City’s ability to simply suffocate the game through keeping the ball is the reason why almost no team manages to lay a glove on them as the Blue-side of Manchester live by the maxim of “if they don’t have the ball, then they can’t hurt us.”
After winning this match, City now have won both their league fixtures against Chelsea showing their dominance over their would-be challengers and it looks like the Blues, alongside the other title-rival Liverpool, will have to settle with just the Champions League spots.