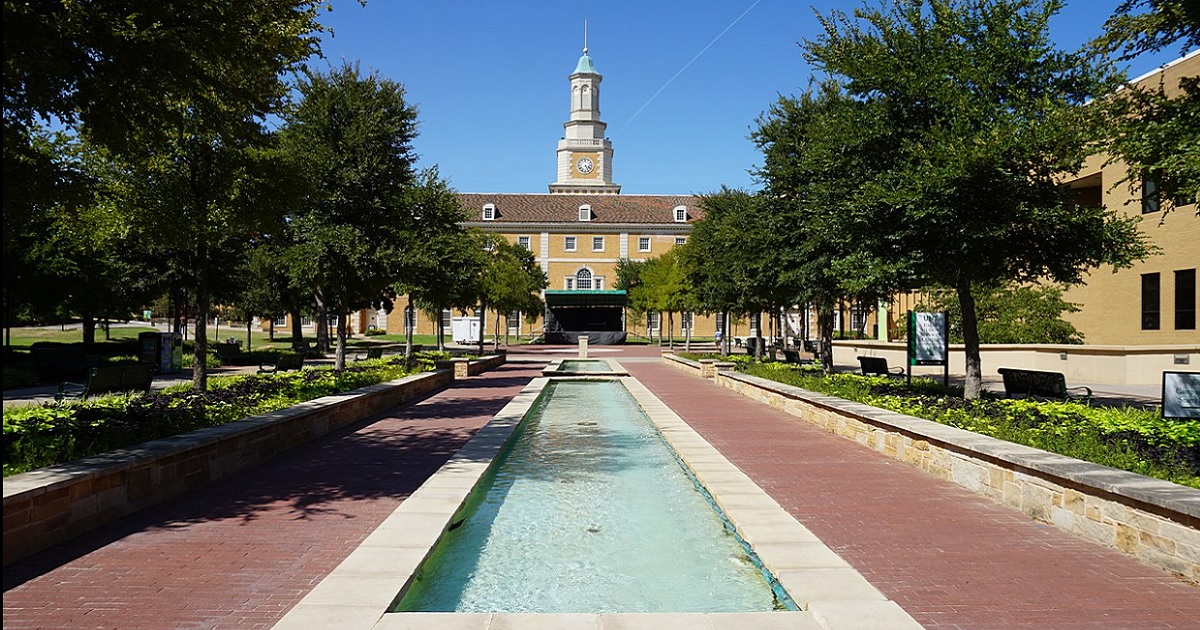 The publicly funded University of North Texas was dealt a blow in court after a federal judge said school officials can be held responsible for firing employees for exercising their right of free speech.

In his 69-page order of March 11, Judge Sean Jordan, of the United States District Court for Eastern Texas, found that university officials should have known that math professor Nathaniel Hiers’ speech “touched on a matter of public concern and that discontinuing his employment because of his speech violated the First Amendment,” before they fired him for going public with his disagreement with the left-wing concept of “migroaggressions.”

The university was claiming qualified immunity for school officials in the case, meaning that the school wanted its officials to be excluded from being held responsible for their actions merely because they were acting in their position as state employees. Jordan denied the claim of qualified immunity and also denied the school’s demand to have the case dismissed outright.

The University of North Texas is in Denton, about 40 miles north of Dallas.

According to Just the News, the case stems from an incident in 2019 when Hiers wrote “Don’t leave garbage lying around” on a faculty lounge chalkboard right above a stack of flyers pushing the idea of “microaggressions.” The flyers were not approved by the school for distribution, but some left-wing professor left them out for people to take regardless.

Only days later, the school rescinded Hiers’ teaching contract. The school used the absurd excuse that Hiers could “be perceived as threatening” others with his opposition to extremist, left-wing orthodoxy.

One of Jordan’s issues was that the discussion of “microaggressions” is “a matter of public concern” and, therefore, Hiers had a First Amendment right to speak about the issue openly — even if leftists found it upsetting.

The judge, who was appointed to the court in 2019 by then-President Donald Trump, added that Hiers was speaking out on “a hot button issue related to the ongoing struggle over the social control of language in our nation and, particularly, in higher education.”

Do you think our schools have a free speech problem?

“Hiers’s speech reflected his protest of a topic (microaggressions) born from the present-day political correctness movement that has become an issue of contentious cultural debate,” Jordan added in the ruling. He wrote that it is irrelevant that Hiers made his point with a joke, because humor is a “time-tested” way to engage in political and social commentary.

The school openly admitted it had fired the professor for what he said and tried to force him to recant his ideas and adopt the left’s ideologies. And this, the judge added, is a violation of the Constitution, one that the U.S. Supreme Court has ruled on many times.

“Compelled speech is deeply suspect in the Supreme Court’s jurisprudence” because it “diminishes autonomy, stymies the search for truth, and extinguishes the debates necessary for the continuous improvement of our Republic,” Jordan wrote.

Indeed, the Founding Fathers were quite specific that political free speech was to be free and open.

The Founders wanted political discussion to be freewheeling and open, even if that meant it often got vicious (libel and conspiracy was a separate matter).

‘People’s Convoy’ Descends On DC Area, Laps Beltway for Hours in Hopes to Be a ‘Huge Pain’

As Thomas Jefferson  wrote of the rights contained in the First Amendment, “Our liberty depends on the freedom of the press, and that cannot be limited without being lost.” In that, he meant that Americans must be permitted to speak on matters of public interest without fear of being punished.

Echoing Jefferson’s sentiment, in a statement on the case, Alliance Defending Freedom’s senior counsel Tyson Langhofer, who is defending Hiers in court, celebrated the judge’s ruling, declaring, “Public universities can’t fire professors just because they don’t endorse every message someone communicates in the faculty lounge.”

“The freedom to express one’s viewpoint is a bedrock principle we hold dear in America. As a result, the First Amendment doesn’t allow the government to punish people because it disagrees with their opinions,” he said in the statement.

“We’re pleased the court recognized Dr. Hiers’ freedom of speech and that he has the right to hold the university accountable for its discrimination. This sends a strong statement not only to the University of North Texas, but to public colleges across the country: The right to free speech is for everyone—not just those in power.”

The ruling does not necessarily mean Hiers will get his job back. However, it does mean his lawsuit, which seeks damages, lost wages and reinstatement, can proceed, Langhofer told the Denton Record-Chronicle.

While the University of North Texas has been embroiled in acts of aggression against the free speech of its employees before, UNT is hardly alone in attempting to enforce left-wing speech codes on campus.

Last year, for instance, the U.S. Supreme Court ruled in an 8-1 decision that anti-free speech codes enacted by Georgia’s Gwinnett College violated the First Amendment and that a student who was harmed by the policy was permitted to seek damages. (Chief Justice John Roberts was the lone dissenter, on procedural grounds.)

In September, Park Point University in Pittsburgh came under fire for a policy that implied individuals could be punished for the “misgendering” or “pronoun misuse” of transgender students.

That same month, the Virginia Supreme Court ruled that a teacher could not be fired for refusing to use transgender terminology to address students.

As often as these speech-code policies get overturned in court, it is a wonder that they aren’t abandoned en masse by schools across the country.

But even as sanity is often imposed by court order, the left’s willingness to attack free speech and its desire to force individuals to adopt the leftist agenda for fear of losing their jobs is very strong in our biased and anti-intellectual education system.

These un-American speech codes should be phased out across the country. But with so many campuses fully controlled by radical leftists, that may be a long time in coming.