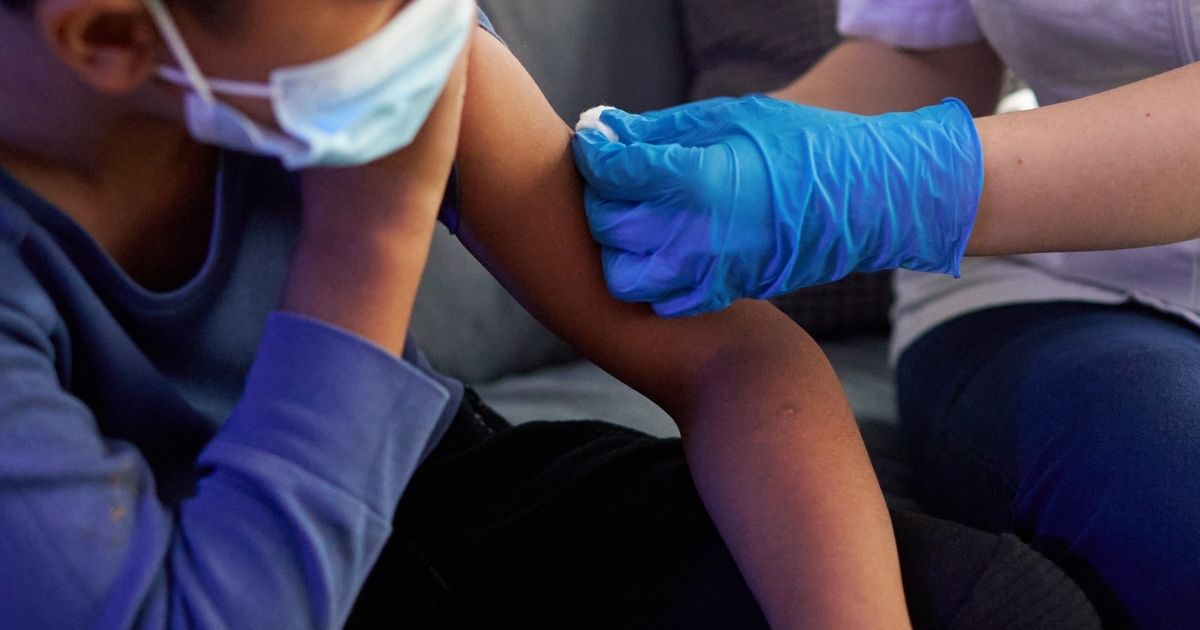 A New York woman who is neither a medical health professional nor authorized to administer vaccines has been arrested and charged after allegedly giving a COVID-19 vaccine to a teenager who is not her son in her home.

This is where we’re at as a nation.

Detectives say 54-year-old Laura Parker Russo gave the jab to a 17-year-old boy at her home in Sea Cliff, Long Island, despite lacking the proper authorization to do so in more ways than one, WABC-TV in New York reported.

The teen’s parents called police when he went home and told them what had happened, as even if Russo had been legally allowed to do so, they had not even given her consent to give their child a vaccine.

The motive is unknown, but it is clear that if the accusations are true, she absolutely had no business having or administering a COVID-19 shot.

Russo has been charged with unauthorized practice of a profession and is set to appear in court in February.

I don’t know what would motivate someone to do this, but I do know the climate in which she is accused of committing this disrespectful and dangerous act.

Democratic politicians, including President Joe Biden, and high-profile media pundits and limousine liberal celebrities alike have been applying a disturbing degree of vitriol toward those who are hesitant or simply refuse to take the COVID-19 vaccine.

Do you think this woman should face jail time if convicted?

This comes at a time when these same figures are deriding the notion that parents ought to influence what is taught in their children’s schools while they also argue that schools ought to be able to keep sensitive information about a child’s sexual or gender identity from their parents.

I can honestly say I’m not so sure there aren’t millions of Americans who wouldn’t argue that Russo was doing the right thing when she allegedly vaccinated a teenager against the COVID-19 pandemic.

Americans have been fed the line that the pandemic won’t be over until everyone gets vaccinated, health concerns or moral objections notwithstanding.

Biden himself has mocked the idea of “freedom” when it comes to COVID-19 vaccines.

A California woman said her child’s school offered him pizza to get vaccinated without her consent.

Late-night host Jimmy Kimmel thinks we should deny care to the unvaccinated, while CNN’s Don Lemon says it’s time to shame the “stupid” unvaccinated. The Biden administration has aggressively pursued mandates and fear-mongering to try to root out the remaining Americans who still forsake the jab.

Meanwhile, Biden’s Department of Justice thinks parents who protest at school board meetings might be domestic terrorists, and the largest teachers’ union in California reportedly held training sessions on how to recruit kids to LGBT clubs without their parents’ knowledge.

Support for giving the state more authority to make judgments and decisions about our health and how our children are raised and cared for is popular and widespread in America today.

This extends to the urgent support for the widespread and undiscerning administration of the vaccine, which is promoted by some of the world’s most powerful entities as a burning moral imperative.

Is it so hard to believe that this woman, if she did was she is accused of doing, thought she was simply bending the rules for the teen and humanity’s greater good, based on the information she is being fed by mainstream media and our top political leaders?

As shocking as it may have been a few years ago for an unqualified person to take it upon herself to vaccinate another person’s child without consent, it’s not so shocking today, is it?