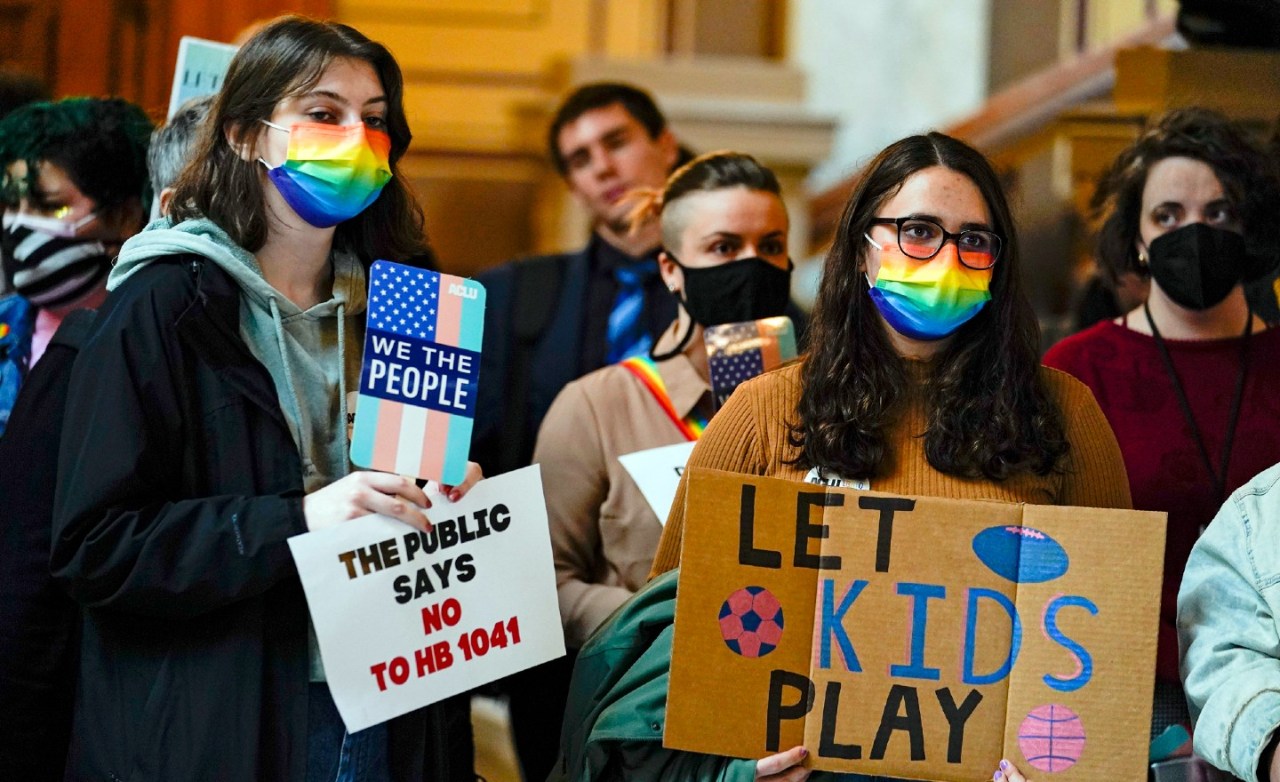 Story at a glance

A national coalition of women’s rights and gender justice groups is calling on the Biden administration to release a Title IX athletics rule that allows transgender student athletes to compete on sports teams that align with their gender identity.

In addressing school athletics, the administration should develop a policy that affirms the rights of transgender, nonbinary and intersex students under Title IX to participate in sports consistent with their gender identity and clarify that state sports bans constitute “impermissible sex-based discrimination,” more than 50 organizations wrote in a letter this week to President Biden.

America is changing faster than ever! Add Changing America to your Facebook or Twitter feed to stay on top of the news.

“In short, the administration should make it clear to state lawmakers and decision makers that there will be consequences for effectuating sports bans and other restrictions on the ability of students to play sports simply because of their gender identity—including the potential loss of federal funding,” the groups wrote.

This year alone, nine states have enacted laws that bar transgender student athletes from competing on sports teams consistent with their gender identity, according to the Movement Advancement Project. Eighteen states since 2020 have passed similar laws, although courts are currently blocking the enforcement of such measures in states including Idaho and West Virginia.

In a slate of proposed changes to Title IX announced by the Education Department in June on the 50th anniversary of the landmark law, the department said it intended to extend protections to transgender students.

If approved, the updated policy “would make clear that preventing someone from participating in school programs and activities consistent with their gender identity would cause harm in violation of Title IX,” the department wrote in a fact sheet, but acknowledged that there would be some exceptions.

June’s announcement did not address protections for transgender student athletes, which the Education Department said would be included in a forthcoming proposal.

The Biden administration has taken prior action against state laws that bar transgender athletes from sport, and in directives issued last year ordered educational institutions receiving federal funding to recognize the rights of transgender students to join sports teams that correspond to their gender identity.

A federal judge last month barred the Education Department and the Equal Employment Opportunity Commission from enforcing those directives, siding with a group of 20 attorneys general that sued the administration last year for infringing on states’ rights to enforce their own laws.

The attorneys general in their lawsuit argued that the administration was misinterpreting the Supreme Court’s landmark decision in Bostock v. Clayton County – a decision that protects LGBTQ+ people from discrimination in the workplace – by applying it to education, and authority over such policies “properly belongs to Congress, the States, and the people.”