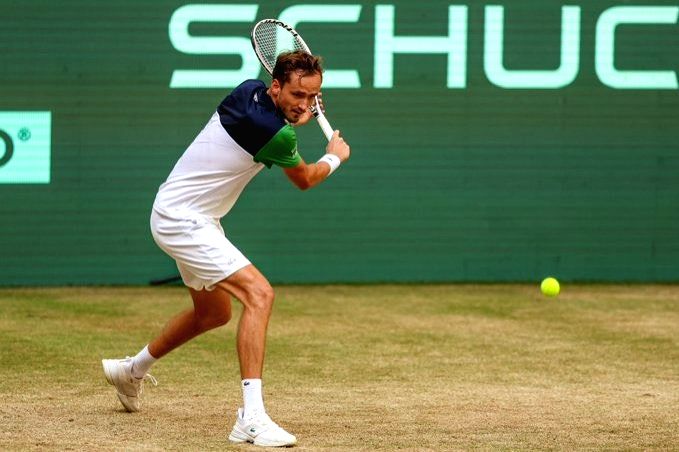 It was not the first time the 34-year-old Spaniard has troubled Medvedev. In fact, Bautista Agut won their three previous meetings outside of Halle with the loss of just one set.

Medvedev consistently frustrates opponents with his solid play, flat strokes and big first serve that puts them under pressure throughout the match. But it was the top seed who was visibly frustrated on Thursday, making uncharacteristic errors against Bautista Agut.

Normally, Medvedev is comfortable staying in extended rallies with anyone on Tour. But against Bautista Agut, he was trying to change the rhythm with drop shots and other plays, while the Spaniard remained in his comfort zone. The fifth seed faced just one break point – which he saved – in his 71-minute triumph.

Bautista Agut won his first ATP Tour trophy in 2014 on the grass of ‘s-Hertogenbosch and reached the Wimbledon semifinals in 2019.