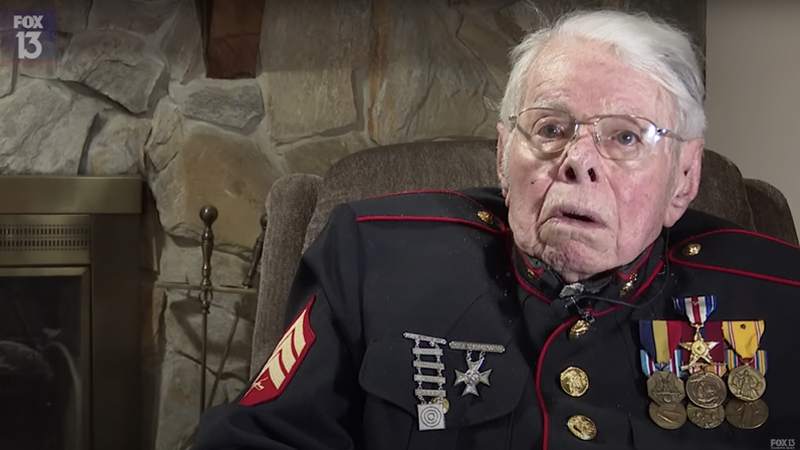 A World War II veteran lamented the state of the U.S. under Joe Biden, claiming that the once-free and prosperous nation is now “going down the drain.”

In an emotional interview on his 100th birthday, Marine and World War II veteran Carl Dekel said he’s livid over the state of the country considering the sacrifices he and his fellow veterans made to preserve America’s freedom.

“Nowadays, I am so upset that the things we did, and the things we fought for, and the boys that died for it, it’s all going down the drain,” Dekel told Fox 13 on Thursday. “Our country’s going to hell in a handbasket.”

“And that’s not what they died for. Just not it,” he said as he held back sobs. “It’s just not the same. That isn’t what we fought for.”

“Just remember that every day is beautiful. And live every day to the fullest. Just enjoy everything you possibly can,” he said.

According to a recent AP-NORC survey, the 85% of Americans – averaged from both political parties – think that America is heading the “wrong direction” under Joe Biden amid historically high inflation and crushing energy and food costs heading into Independence Day weekend.