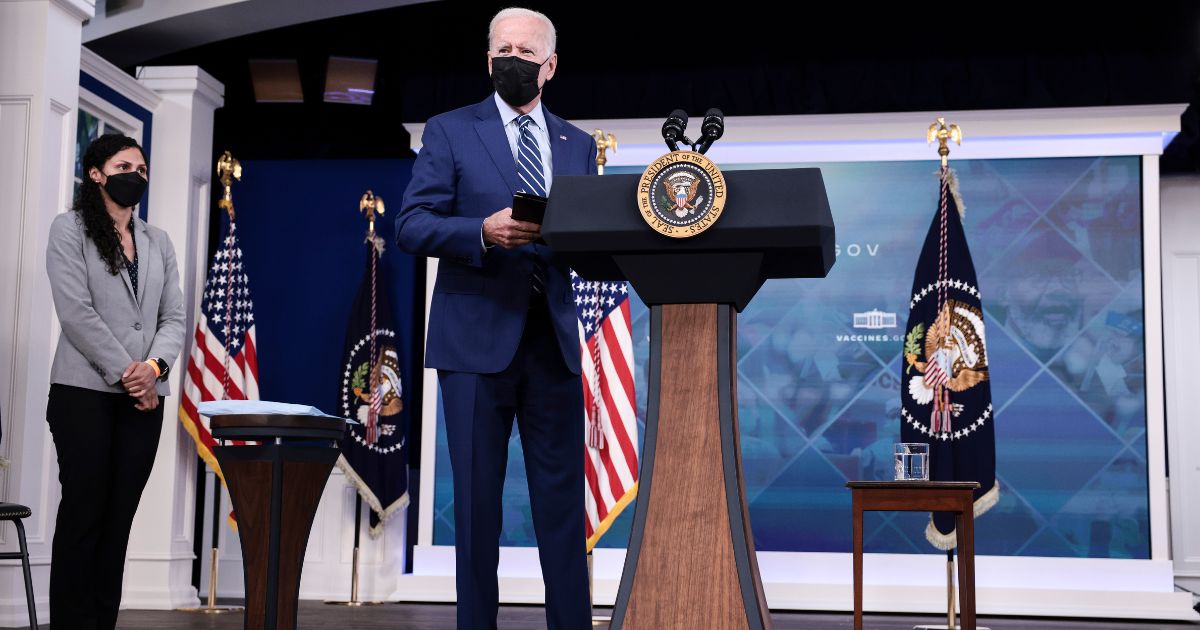 It seems like every day there is another story of Joe Biden’s erratic behavior in the office of the presidency.

The strange thing is how rarely Biden makes an appearance in the actual office of the president: the Oval Office at the White House.

A report Thursday advanced a reason for his prolonged absence from the powerful and traditional symbol of the executive branch’s authority: Biden needs a teleprompter.

Politico’s report on the prospects of a 2024 rematch of the 2020 presidential election included a casual reference to one of the Biden administration’s ongoing bizarre situations.

The White House, it said, “has largely abandoned using the Oval Office for press events in part because it can’t be permanently equipped with a teleprompter.”

“Biden aides prefer the fake White House stage built in the Old Executive Office Building next door for events, sacrificing some of the power of the historic backdrop in favor of an otherwise sterile room that was outfitted with an easily read teleprompter screen,” the report said.

The current explanation seems phony too. Why would a teleprompter need to be permanently installed?

Some of America’s greatest and most tragic moments are remembered for presidential statements made from the Oval Office.

Is Biden fit to be president?

With all the technological might of the United States government and the amazing advances in electronics and computers, it’s hard to believe the Oval Office could not accommodate a state-of-the-art communications system for the 79-year-old president.

This is not even the first excuse the White House made about the switch.

The peculiar breach of protocol first became an issue in September after Biden appeared in a stagey vaccine photo op.

Observers noticed the view through the virtual windows showed flowers in bloom instead of more appropriate autumn scenery.

Much of the establishment media was in on this switch of venues and did not report on it until after they were called out.

Nothing is real with these people, it’s all smoke and mirrors. But we’re supposed to entrust them with all of our personal health decisions? pic.twitter.com/9N5FPYm7pI

Even after the White House set was revealed as a fake, Biden still used it.

In October, Newsweek reported that Martha Kumar, director of the White House Transition Project, explained that this room in the Eisenhower Executive Office Building was being used more regularly because it provided better access for the staff and reporters.

It’s easy to understand why Biden’s staff would want to use every tool at its disposal to keep him on track.

Even when he uses a teleprompter, he can’t be trusted to communicate clearly. It’s troubling that someone with such little control is the nation’s chief executive.

Keeping Biden away from the historical center of presidential power reinforces the impression he is not the one making decisions.